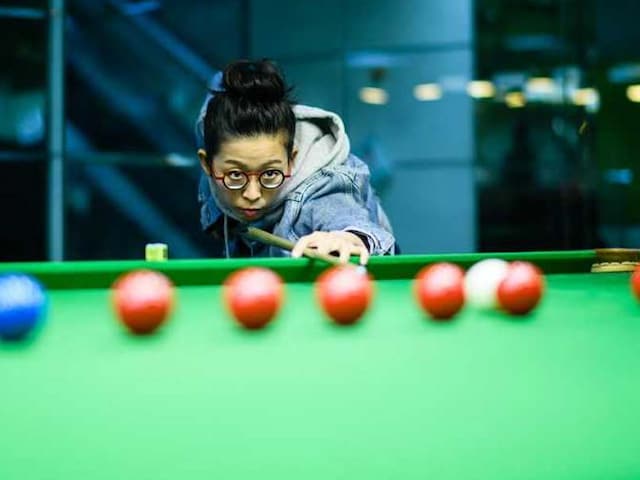 Ng On-yee became only the fifth player to win the title on three or more occasions.© AFP

Dominant Ng On-yee won her third women's world snooker championship in Malta on Saturday, without dropping a frame, and now has her eyes on another crack at the men. The 27-year-old world number one from Hong Kong swept to a 5-0 win against England's world number four Maria Catalano, who earlier in the day had stunned 11-time world champion Reanne Evans 4-3. It completed a perfect title defence for the bespectacled Ng who remarkably whitewashed her opponents in all six of her matches in the tournament.

The success sees Ng become only the fifth player to win the title on three or more occasions -- she first triumphed in 2015 -- and she will also extend her world ranking lead after deposing decade-long number one Evans last month.

Ng was surprised at the manner of her victory.

"I did not have great expectations coming into the tournament as I was coughing and sick so just tried to play every game, every ball," she told www.womenssnooker.com.

"But looking back now I think that this took a lot of pressure off me."

The win gives Ng a third chance to go for a place in the men's professional world championship in the qualifying tournament at the Sheffield Institute of Sport in England next month.

"As well as the title, the most important thing for me is that I have now qualified to play at the professional World Championship in Sheffield which I am really looking forward to," said Ng.

She lost in the first qualifying round on both her previous attempts to reach the showpiece, which will take place this year from April 21 to May 7 at the world-famous Crucible Theatre.

"The first time there (in 2016) when I played Peter Lines I was so nervous about the atmosphere that I did not play well.

"Last year against Nigel Bond I had more expectations, but I still didn't play well, so hopefully this year I can just enjoy the match."