V Revathi, 23, a railway ticket collector from rural Madurai, is one of the Tokyo Olympics medal hopefuls for India in the 4x400 mixed relay event. 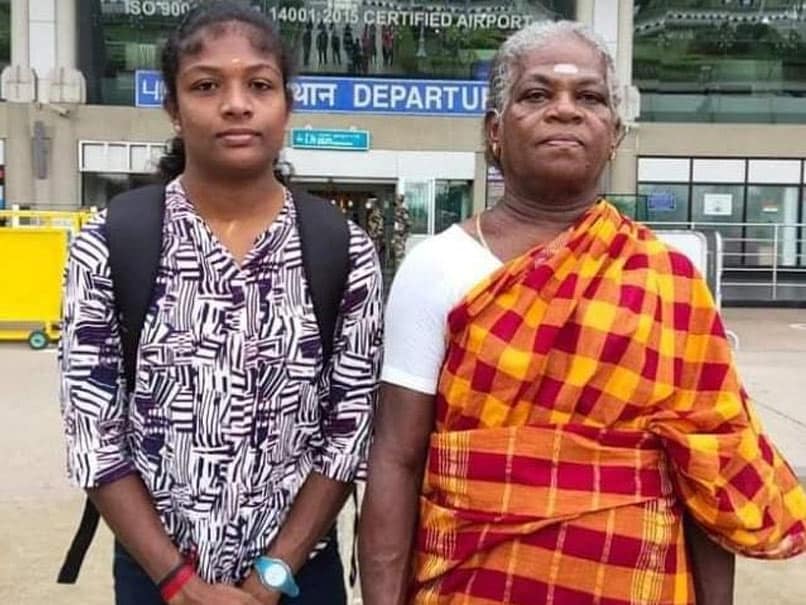 V Revathi lost her parents when she was young and was brought up by her grandmother.© NDTV

V Revathi, 23, a railway ticket collector from rural Madurai, is one of the Tokyo Olympics medal hopefuls for India in the 4x400 mixed relay event. She clocked 53:55 seconds at the Patiala camp. "I have participated in Asian Games and came 4th. I've also participated in the World Championship. Later, I suffered a knee injury and went through difficulty to recover. Many including the coaches helped me. My grandmother too supported me, she didn't stop me," Revathi told NDTV.

Revathi had lost her parents when she was young and was brought up by her grandmother at a humble house in Madurai. The young sprinter would run barefoot as they could not afford shoes.

That is when coach Kannnan spotted her talent and literally adopted Revathi's family, after which she set records at the university and also won three medals in national events.

"When I saw her under the care of her grandmother at a small village after losing her parents, I believed such people would have the talent and good health. I decided to train her as only such people coming from humble background, I thought would listen to us and train," Kannan said.

Revathi's grandmother Arammal is so grateful to the coach, who's confidence and motivation made her say yes to her granddaughter being nurtured in what she's good at.

"They should bring laurels to India, the people here and all over the country. They should return bringing fame to the coach," she said.

Tamil Nadu is sending a contingent of five athletes, all of them from humble backgrounds including Subha Venkatesan and Dhanalakshmi Sekar for the mixed 4x400 relay, and Arokiya Rajiv and Naganathan Pondy for 4x400 men's relay.

Subha is the daughter of a construction worker in Trichy and has proved her mettle in national and international events. She hopes to win medals and also get a job.

"I have won 20 national medals, participated in eight international events and won in eight. Although, I try hard but I have not got a job. It would be nice if the government could support me with a job. I would give my best at the Olympics," said Subha.

The Tamil Nadu government has given Rs 5 lakh to each of the 11 sportspersons shortlisted to go to Tokyo.

Comments
Topics mentioned in this article
Athletics Olympics 2020
Get the latest updates on IPL 2021, check out the IPL 2021 Schedule and Indian Premier League Live Score . Like us on Facebook or follow us on Twitter for more sports updates. You can also download the NDTV Cricket app for Android or iOS.