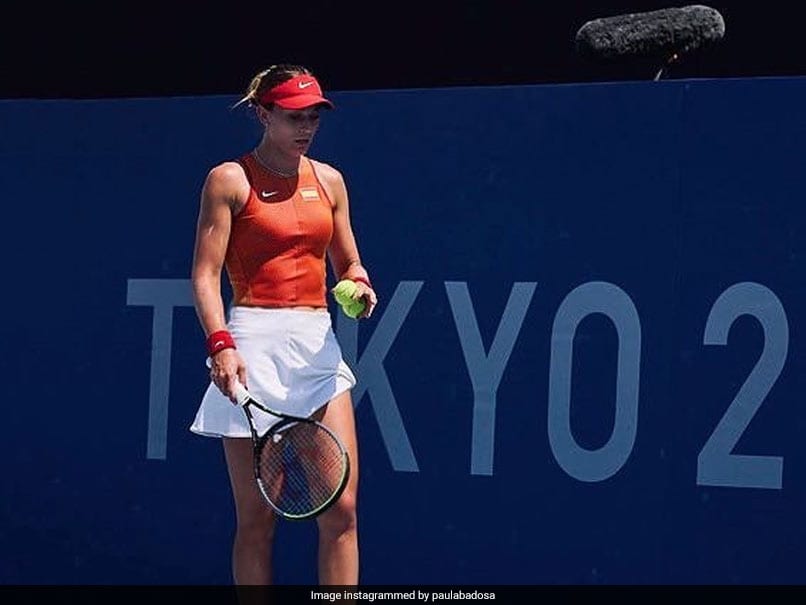 Paula Badosa out of Tokyo Olympics after retiring from quarterfinal match due to heatstroke.© Instagram

Spain's Paula Badosa left the court in a wheelchair after retiring from her quarter-final match against Marketa Vondrousova with heatstroke in Tokyo on Wednesday. Badosa lost the first set 6-3 but was unable to carry on playing after a long medical timeout. Vondrousova embraced her opponent as she sat slumped in her chair. "It was shame to finish this way. The conditions have been demanding since the first day, we tried to adapt as best as possible but the body did not hold out as needed," said Badosa.

"I suffered heatstroke as you all saw and I didn't feel fit to continue taking part in the match."

Badosa later withdrew from her mixed doubles match with Pablo Carreno Busta. The Spaniards were replaced in the draw by France's Fiona Ferro and Pierre-Hugues Herbert.

After a rain-hit day at Ariake Tennis Park, temperatures climbed Wednesday to 32 degrees Celsius (90 degrees Fahrenheit), with the heat index topping out at 37C.

Daniil Medvedev again criticised the 11am start time as the Russian wilted in the hot sunshine and humidity before recovering to reach the men's quarter-finals.

"All the players I know said this is not normal to start at 11," said Medvedev, who revealed Novak Djokovic had held talks with organisers about pushing back the start of play.

"I heard maybe from tomorrow they're going to change it, but let's see."

Comments
Topics mentioned in this article
Tennis Olympics 2020
Get the latest updates on SA vs IND 2021-22, check out the Schedule and Live Score . Like us on Facebook or follow us on Twitter for more sports updates. You can also download the NDTV Cricket app for Android or iOS.