Indians Who Set The Stage Alight At Tokyo Olympics

Tokyo Olympics: India registered its best ever medal tally at the Olympics with 7 medals including one gold, two silvers and four bronze at Tokyo 2020. Apart from medal winners, there were several other performances that stood out for India at the quadrennial games. 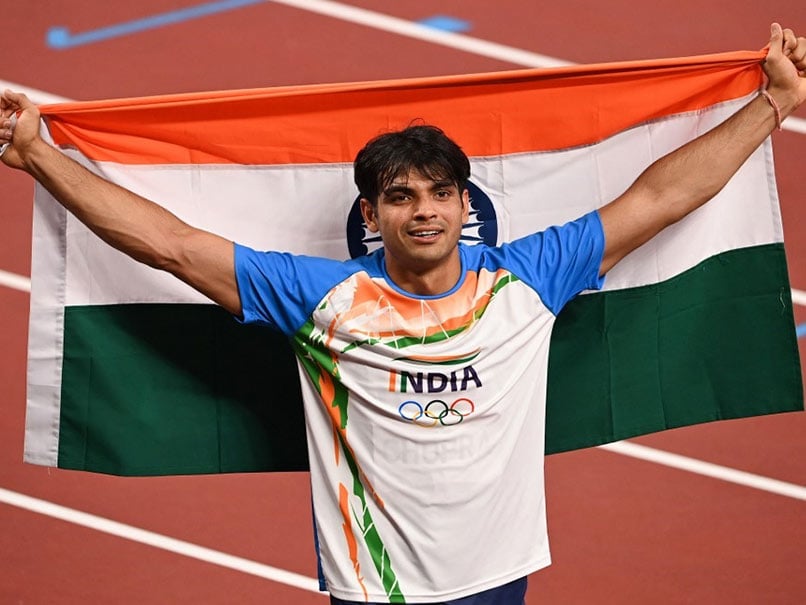 India recorded its best-ever Olympic medal haul, winning a total of seven medal that included a gold, 2 silver and four bronze. Neeraj Chopra became only the second Indian to win a gold medal at the Olympic Games, while Mirabai Chanu and Ravi Dahiya clinched silver. PV Sindhu, Lovlina Borgohain, Bajrang Punia and the Indian men's hockey team won bronze as India better its previous best tally of six medals at the 2012 London Games. But it wasn't just medallists that impressed in Tokyo. There were a few other performances that captured the imagination of the entire country.

We look at the top performances by Indians at the Tokyo Olympics:

The first Indian to win an Olympic gold medal in athletics, Neeraj Chopra is the new darling of the nation. Thanks to his heroics in Tokyo, Neeraj Chopra returns home a bonafide superstar.

The face of grit and determination, Ravi Dahiya's stupendous showing at the Tokyo Games will forever be etched in the memories of Indians. The willpower to keep driving forward when all seemed lost, Dahiya's silver-winning performance made the country proud in so many ways.

The comeback queen of Indian sports was the first to win a medal for India at the Tokyo Olympics. Her journey from Rio to Tokyo has been nothing short of magical. To bounce back from a shattering loss at the 2016 Games, and win a silver medal in Tokyo is the stuff of dreams.

Indian boxing's newest hero punched her way to everyone's hearts with some sterling performances that included a stunning win over 2018 World Boxing Championships gold medallist Nien-Chin Chen. At 23, this is just the start of all things good for Lovlina.

In 2016, she had become the first Indian shuttler to win a silver medal at the Olympics, fast forward five years and PV Sindhu once again created history in Tokyo, becoming the first Indian woman to win two individual medals at the Games.

Battling a mountain of expectations and a knee injury, Bajrang Punia through sheer steely resolve won his first Olympic medal -- a bronze -- and India's seventh overall in wrestling at the Games.

If there is one sport than can rival cricket's popularity in India, it's hockey. And both the men's and women's teams put the sport back in focus thanks to some brilliant performances in Tokyo. The men's team ended a 41-year wait for an Olympic medal, clinching the bronze. And while the women's team fell agonisingly short of making history, they certainly won hearts and became instant heroes, thanks to their brave and gritty showing in Tokyo.

Not many had expected an Indian to put up a challenge in golf at the Tokyo Olympics. However, a 23-year-old Aditi Ashok grabbed eyeballs in Tokyo by going toe-to-toe with the world's best, narrowly missing out on a medal, finishing fourth in the women's event.

India have never really had a big presence in the track events at the Olympics. In recent times, few names like Dutee Chand and Hima Das have emerged but despite some impressive performances in fringe international events, they were never really going to disturb the world order. However, the men's 4x400m relay team nearly achieved an incredible feat -- qualify for the final.

India's awesome foursome created a new Asian record, but it still wasn't enough as they fell just short of getting into the top eight.

PV Sindhu Ravi Dahiya Bajrang Punia Aditi Ashok India Women India Mirabai Chanu Lovlina Borgohain Olympics
Get the latest updates on Fifa Worldcup 2022 and check out  Fifa World Cup Schedule, Stats and Live Cricket Score. Like us on Facebook or follow us on Twitter for more sports updates. You can also download the NDTV Cricket app for Android or iOS.