After becoming the first Indian woman to claim two Olympic medals, PV Sindhu is aiming to defend her crown at the World Championships later this year. 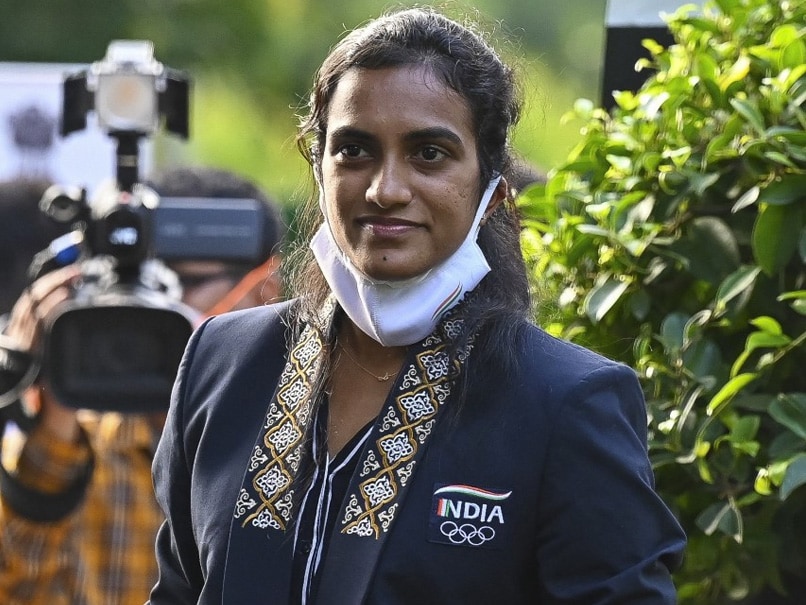 The feeling hasn't yet sunk in, said PV Sindhu on becoming the first Indian woman to claim two Olympic medals but she has already figured the next sporting target for herself -- defending her crown at the BWF World Championships in Spain later this year. The 26-year-old on Sunday became only the second Indian and first woman from the country to win back-to-back Olympic medals after she added a bronze medal to the silver that she had won five years back at Rio.

"It is definitely yet to sunk in but I am enjoying the moment. It is a dream come true for anyone. These are the moments that you will remember forever," Sindhu said during an interaction here.

"It is a huge thing for me to win back-to-back medals at Olympics. I am sure it will inspire others and take sports to greater heights."

Asked what are her targets now, Sindhu said: "There are many international events lined up. Soon I will go back to practice and I just want to play well and give my best. There is also the World Championship in Spain and I hope to do well.

"I will definitely play 2024 Paris Olympics but there is a lot of time. Now I am just trying to cherish the moment."

The BWF World Championships, which was postponed due to the pandemic, is scheduled to be held from December 12-19 at Huelva, Spain.

The uncertainty around the Olympics due to the COVID-19 pandemic and the cancellation of tournaments had made things difficult as Sindhu had no way to test the changes that she had made in her game in match situations.

However, Sindhu kept trudging on, strengthening her defence, putting a little more power to her smashes, and polishing her net skills.

"I had promised earlier that you will see some new skills and strokes and I am happy I could show those at the Olympics. I'm thankful to my coach Park (Tae-sang), we worked hard a lot on the technique."

Asked if it was challenging mentally given the uncertainty that marred the build up to Olympics, Sindhu said: "I'm sure it was because lot of people were affected due to this pandemic and we got into a lockdown...but I utilised the time to work on my skills and technique.

"...it was challenging to maintain fitness and be mentally strong and physically strong and going into Olympics, we needed to take care of ourselves while staying in the bubble.

"... it is the new normal, wearing mask and social distancing will always be there, we just have to get used to it and we have be careful about it and maintain it all the time."

Her journey from being an underdog at Rio, who transcended all expectations by claiming India's first ever silver, to her emergence as a superstar of Indian badminton, the last five years have been nothing short of a dream.

Sindhu hopped from one big-ticket event to another winning silvers at the Commonwealth Games and Asian Games in 2018, a gold and a silver at the BWF World Tour Finals and capturing an unprecedented two bronze, two silver and finally the world championship crown in 2019.

"The last five years have been great, it has been a lovely journey. There have been lots of ups and down but I have learnt a lot, experienced a lot, improved a lot," Sindhu said.

"(The) 2016 Olympics was very different, it was my first Olympics, there was no expectations. It was a medal to remember because it changed my life. This time there were a lot of expectations, and getting a bronze is again different.

"Back then, I was a normal girl going to Olympics but this time, everyone wanted me to win. So there was lot more pressure this time.

PV Sindhu Olympics
Get the latest updates on IPL Auction 2023 and check out  IPL 2023 and Live Cricket Score. Like us on Facebook or follow us on Twitter for more sports updates. You can also download the NDTV Cricket app for Android or iOS.