"Don't Be Jealous": Yuzvendra Chahal, Rohit Sharma Troll One Another On Instagram

Rohit Sharma suffered an injury towards the end o the T20I series against New Zealand and missed out on the ODI and Test series to follow. 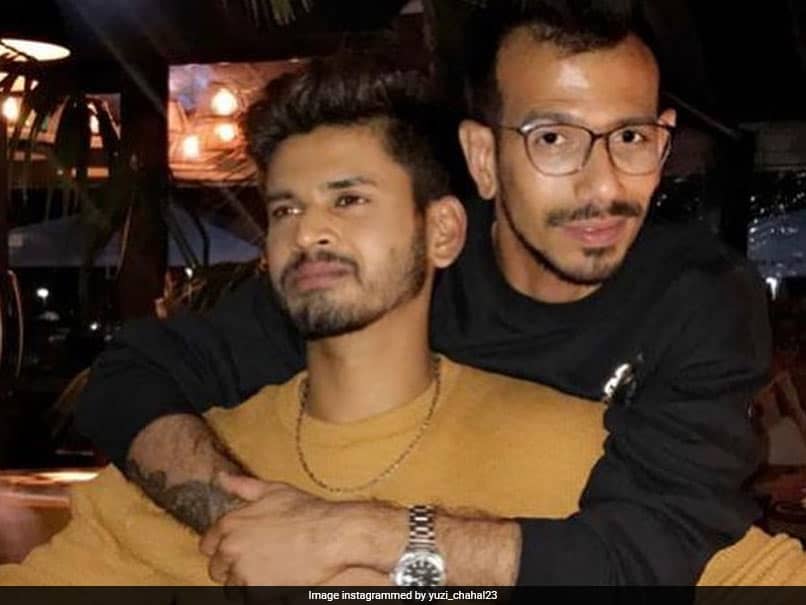 Yuzvendra Chahal and Rohit Sharma continued their online banter after the leg-spinner posted a photo with India teammate Shreyas Iyer from New Zealand's Tauranga on Instagram. In the photo, Iyer is seen sitting on a sofa and Chahal is hugging him from behind. "Got your back always," Chahal captioned the photo, along with a hug emoji. Rohit Sharma crashed their bromance and commented "Apna sambal le pehele (Watch your own back first)". Chahal was quick to respond, telling him not to be jealous and reassuring Rohit that his next picture will feature the destructive opener.

"I knw bhaiya u missing me coz u not here so don't be jealous next pic soon with you," Chahal wrote.

Got your back always

The banter between the two left fans in splits, with one even calling Rohit the "Zlatan of cricket", referring to the outspoken Swedish striker Zlatan Ibrahimovic.

You can see their hilarious banter here: 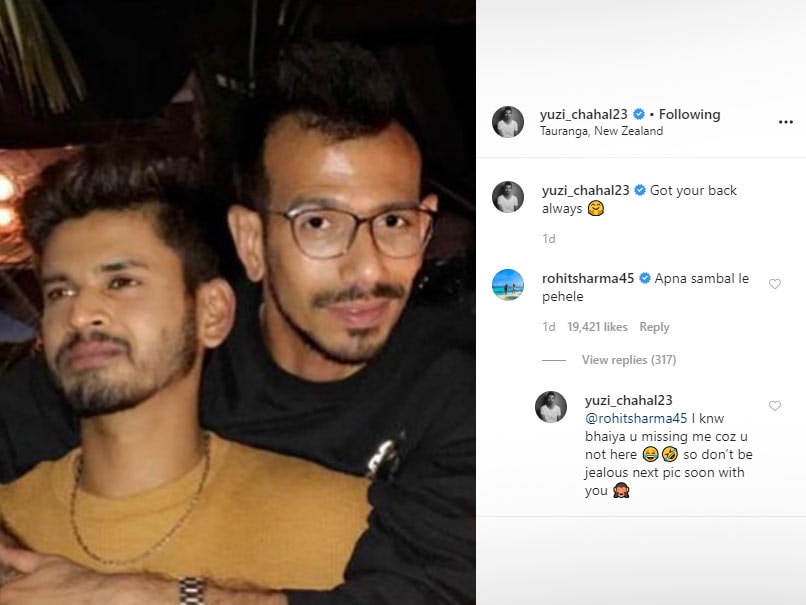 Yuzvendra Chahal was quick to respond to Rohit Sharma's comment.

Chahal and Iyer are currently in New Zealand for the ongoing ODI series. India lost the first two ODIs, despite Iyer scoring a century in the first and a half-century in the second match and will be looking to salvage some pride when they take on the hosts at Mount Maunganui on Tuesday.

Rohit Sharma, who was part of India's 5-0 T20I series sweep of New Zealand, was ruled out of the ODI and Test series with a calf injury.

Rohit and Chahal share a close bond and often pop up in each other's posts on social media. The two have also had some hilarious banter on the leg-spinner's post-match chat show 'Chahal TV'.

Rohit Sharma Shreyas Iyer Cricket
Get the latest updates on IPL 2021, IPL Points Table , IPL Schedule 2021 , live score . Like us on Facebook or follow us on Twitter for more sports updates. You can also download the NDTV Cricket app for Android or iOS.