After India's series loss, Virat Kohli lost his cool at a journalist who questioned his on-field conduct during a press conference. 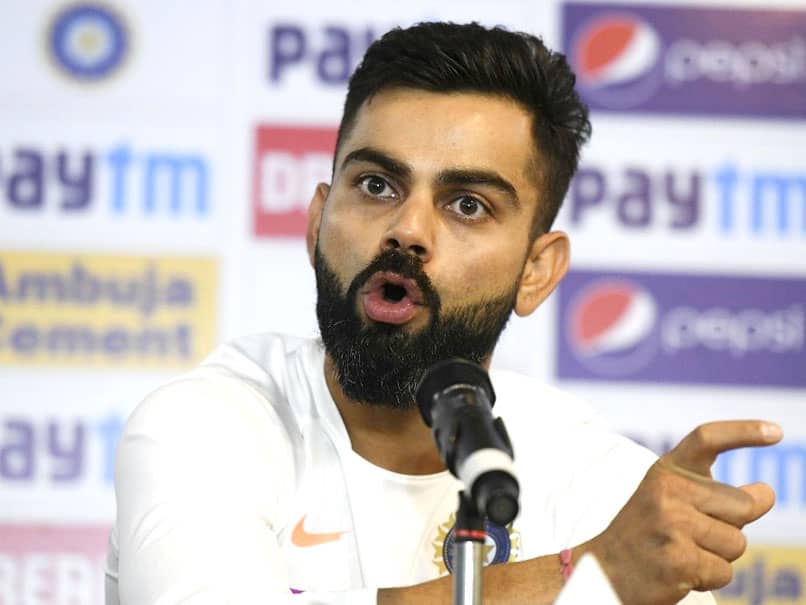 Virat Kohli sparred with a journalist after India lost the second Test inside three days.© AFP

Virat Kohli fired back at a reporter who questioned his on-field behaviour during a press conference after India's Test series loss to New Zealand on Monday. India lost the second Test in Christchurch by seven wickets to lose the two-match Test series 2-0 to the hosts. After India's loss, Virat Kohli admitted in the press conference that his team had been completely outplayed but lost his cool at a journalist who asked if his on-field conduct was unbecoming of an Indian captain. Virat Kohli was seen on camera giving his opposite number Kane Williamson an animated send-off in the first innings and allegedly also yelled an obscenity at a group of New Zealand supporters on Sunday.

"Virat, what's your reaction to your behaviour in the field yesterday, swearing at (Kane) Williamson when he got out, swearing at the crowd. As an Indian captain, don't you think you need to set a better example on the field?" the reporter asked.

"What do you think?" he fired back at the journalist.

"You need to find out exactly what happened and then come with a better question. You can't come here with half questions and half details of what happened. And also, if you want to create controversy, this is not the right place to be. I had spoken to the match referee and he had no issues with what happened," the Indian captain said.