Virat Kohli spoke about the mutual admiration and respect between India and New Zealand. 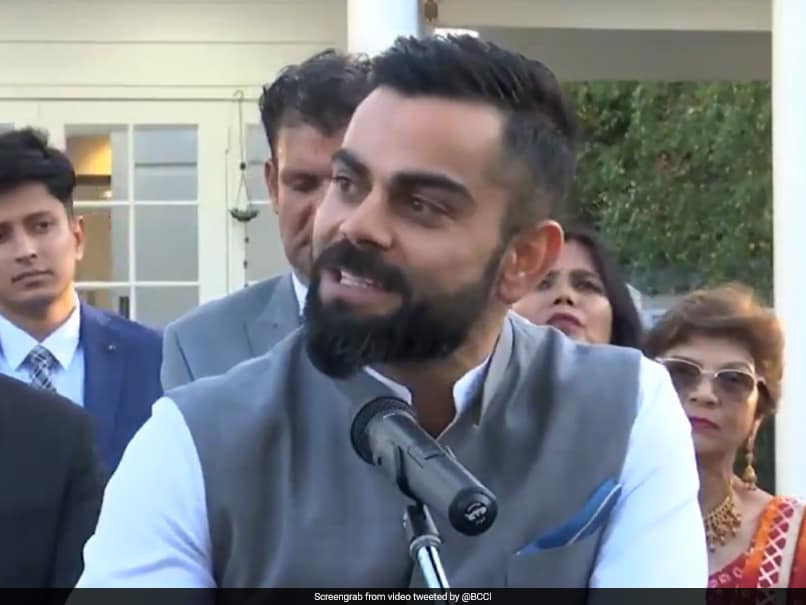 Virat Kohli and his team visited the Indian High Commission in Wellington on Wednesday ahead of the first Test against New Zealand starting on Friday. The Indian skipper spoke about the mutual admiration and respect between the two countries. He added that every team wants to beat India and New Zealand would be looking to do the same. "We have reached a stage where every team wants to beat us and New Zealand won't be any different," Virat Kohli said. India, who are at the top of the ICC World Test Championship points table, are scheduled to play a two-match Test series against  sixth-placed New Zealand.

Ahead of the Test series against New Zealand, #TeamIndia visits the Indian High Commission in Wellington.

Talking about mutual admiration and respect between the two countries, listen to what @imVkohli has to say. @IndiainNZ pic.twitter.com/H3i7i0z9AW

Addressing the event, skipper Virat Kohli said, "We are very honoured to be here invited by the High Commissioner. We want to thank you for that. Of all the tours that we have, coming to the Indian High Commission is a very special evening. Because we get to spend time with a lot of people from India, but we also get to meet a lot of people from a country that we are in."

Earlier in the day, Kohli admitted that captaining India in all three cricketing formats was gruelling but insisted he was not yet ready to ease his leadership burden.

"It's not a conversation to hide away from," he said.

"It's been about eight years now that I've been playing almost 300 days a year.

"With the travelling, practice sessions and the intensity being right up there all the time, it does take a toll on you."

Asked about fellow players who had dropped one or more forms of the game in order to extend their careers, Kohli replied: "I'm not in that space at the moment."

"Periodic breaks for me seem to work pretty OK," he added.

"At a time when the body doesn't respond as well, maybe at around 34, 35, you might have a different conversation, but for the next two or three years I have no issues."

Kohli also said that he wanted to ensure the Indian team was in a good place when he finally relaxed his grip on the reins.

Virat Kohli New Zealand vs India, 2020 Cricket
Get the latest updates on T20 World Cup, check out the T20 World Cup Schedule and Live Score . Like us on Facebook or follow us on Twitter for more sports updates. You can also download the NDTV Cricket app for Android or iOS.