India went down 0-3 in the One-day International series against New Zealand after winning the T20I series 5-0. 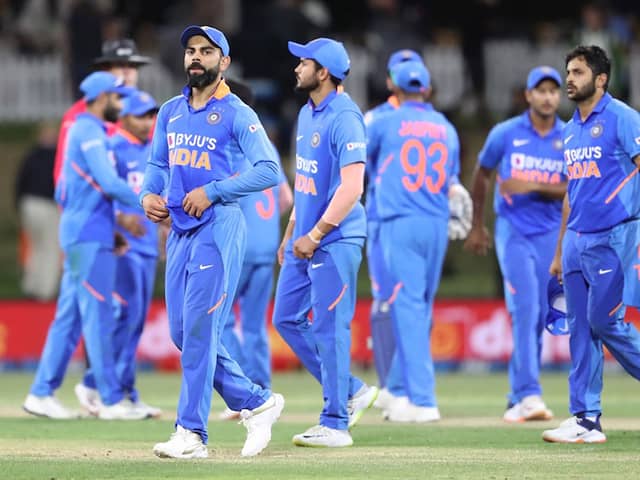 India captain Virat Kohli said that the team's composure and performance on the field was not good enough at the international level after losing the ODI series 3-0 against New Zealand. The hosts won the third and final ODI in Mount Maunganui by five wickets to seal a series sweep as India failed to defend a target of 297. "All three games, the composure and the way we fielded wasn't good enough for international cricket," Virat Kohli said at the presentation ceremony after the match.

India were put in to bat first by New Zealand and found themselves in trouble soon, losing Mayank Agarwal and Virat Kohli early. Prithvi Shaw and Shreyas Iyer took the visitors to 62/3 before Shaw departed for 42. Kl Rahul, who scored his fourth ODI century, then came in and put up two 100-run stands with Iyer and then Manish Pandey as India recovered and posted 296.

"The way we came back was a positive for us," Kohli said.

However, India could do little as the New Zealand openers got off to a flyer and despite losing wickets, completed the chase with relative ease.

"In the field, we weren't good enough at all," Kohli said.

The India captain also praised the home side, complimenting them for coming back from the 5-0 drubbing in the T20I series and winning the ODI series convincingly.

"They played with a lot more intensity after the T20 series. They deservedly won 3-0," he said.

Speaking about the upcoming two-match Test series, Kohli remained confident and spoke about the need to play with the right mindset.

"I think because of the Test Championship, every match has that more importance. We have a really balanced Test team and we feel we can win the series here, but we need to step on to the park with the right kind of mindset," Kohli said.

The first Test will begin on February 21 in Wellington.