After a thrilling Super Over encounter against New Zealand, India captain Virat Kohli was seen spending some time with nature. 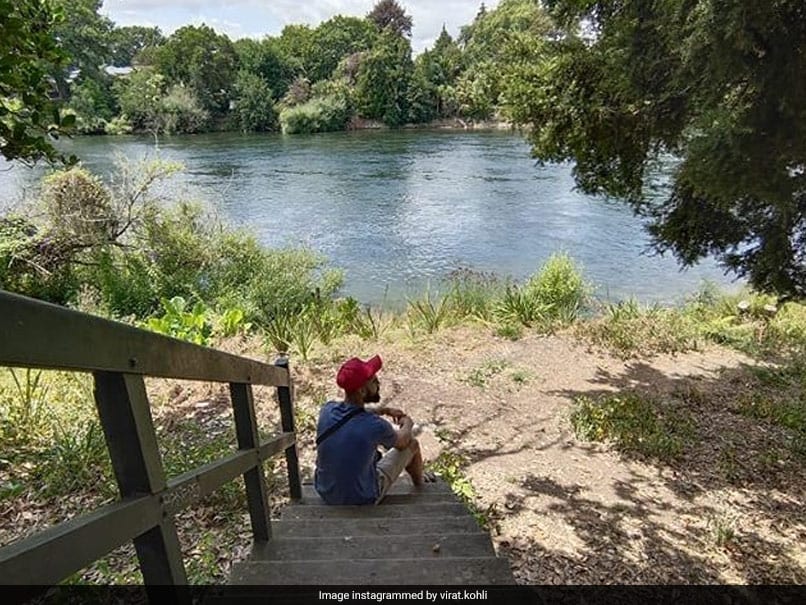 Virat Kohli, who led India to their first-ever Twenty20 International (T20I) series win in New Zealand in the third T20I, took to Instagram to share a picture with his fans on Thursday. "Life is a blessing," Virat Kohli captioned the image on Instagram. In the picture, Virat Kohlican be seen sitting on the stairs near a lake in a picturesque location. Soon after Virat Kohli's post, fans flooded the comments section with heartwarming messages for the India captain.

Life is a blessing.

On the field, Rohit Sharma stole the show with his batting heroics during India's first-ever Super Over encounter.

On Wednesday, India posted 179 for five after being put in to bat by New Zealand skipper Kane Williamson in Hamilton.

Rohit Sharma was the top-scorer for the visitors as he smashed 65 off 40 deliveries.

In reply, New Zealand rode on Williamson's 95 to tie the match with India. Mohammed Shami bowled an exceptional 20th over that took the match into a one-over decider.

The Super Over saw India's premier fast-bowler Jasprit Bumrah conceding 17 runs as Martin Guptill along with his skipper took the pacer to the cleaners.

With the win, India have taken a 3-0 unassailable lead in the five-match series.

The fourth T20I will be played in Wellington, while Mount Maunganui will host the fifth and final match of the series.

Virat Kohli New Zealand vs India, 2020 Cricket
Get the latest updates on IND vs NZ 2021, check out the Schedule and Live Score . Like us on Facebook or follow us on Twitter for more sports updates. You can also download the NDTV Cricket app for Android or iOS.