Virat Kohli took to Twitter to extend his Republic Day wishes after India's comprehensive seven-wicket win over New Zealand in the 2nd T20I of the five-match series. 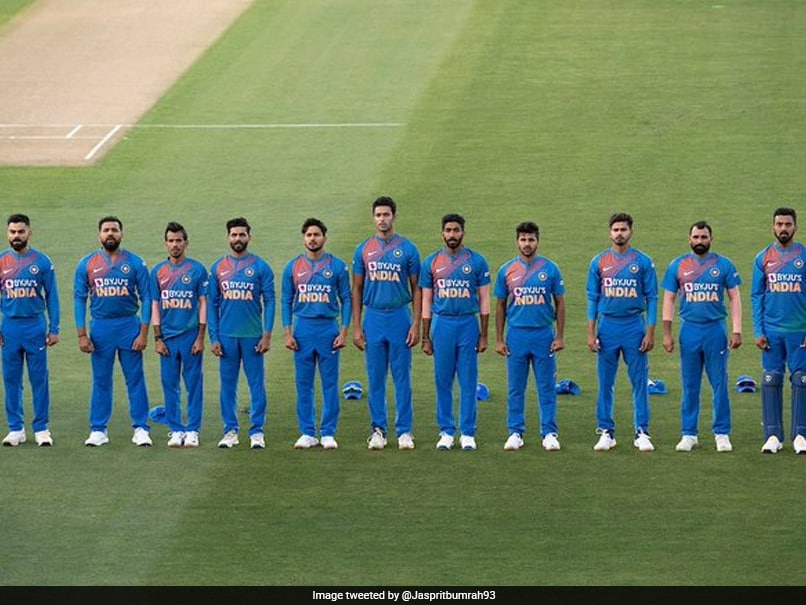 India defeated New Zealand by seven wickets in the second T20I in Auckland on Sunday.© Twitter

Virat Kohlifailed with the willow but he was electric in the field during India's seven-wicket win over New Zealand in Auckland on Sunday to help the visitors go 2-0 up in the five-match Twenty20 International (T20I) series. Virat Kohli took two stunning catches to remove Martin Guptill and Colin Munro that helped India restrict New Zealand to a below-par total of 132 for five in their allotted 20 overs. After the win, the India captain took to Twitter to post a special message on India's 71st Republic Day.

"Stronger together, Happy Republic Day to all of us. Jai Hind," Virat Kohli tweeted.

Stronger together. Happy Republic Day to all of us. Jai Hind pic.twitter.com/HRP8fQ27XS

In the match in Auckland, New Zealand skipper Kane Williamson won the toss and opted to bat at Eden Park.

New Zealand got off to a solid start but Shardul Thakur removed Martin Guptill in the sixth over to give India the first breakthrough.

Williamson, who came in at number three, struggled for timing during his knock of 14 off 20 deliveries.

Ross Taylor also failed to get going as he could only manage 18 runs off 24 balls.

Jasprit Bumrah, Shardul Thakur and Shivam Dube all picked up one wicket apiece while Ravindra Jadeja was the pick of the bowlers, returning with figures  of 2/18 from his four overs.

Chasing 133 for the win, KL Rahul remained unbeaten on 57 and he was well-supported by Shreyas Iyer who missed his third T20I fifty by just six runs.

New Zealand were again poor in the field, missing numerous chances to run out KL Rahul who eventually got India home with 15 balls to spare.

Both the teams will now travel to Hamilton for the third T20I that will be played on Wednesday.

Jasprit Bumrah New Zealand vs India, 2020 Cricket
Get the latest updates on SA vs IND 2021-22, check out the Schedule and Live Score . Like us on Facebook or follow us on Twitter for more sports updates. You can also download the NDTV Cricket app for Android or iOS.