NZ vs IND: Trent Boult Expects Christchurch Pitch To Be Better For Bowling Compared To Wellington

Trent Boult said that the pitch at Hagley Oval in Christchurch will be more conducive for swing bowling as compared to the Basin Reserve track. 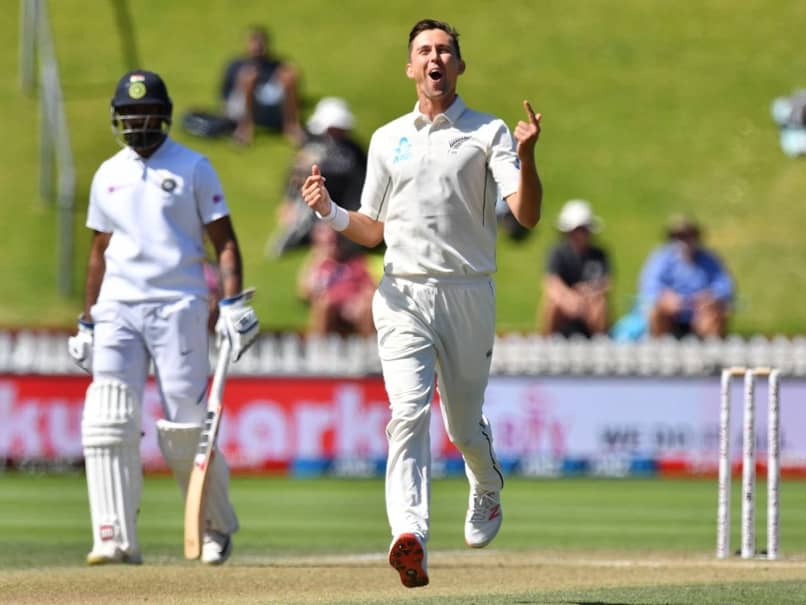 Trent Boult put in a fine performance as New Zealand thrashed India by 10 wickets in the 1st Test.© AFP

Senior New Zealand pacer Trent Boult on Friday said he expects the green top at the Hagley Oval in Christchurch to be more conducive for his brand of swing bowling as compared to the Basin Reserve track where they thrashed India by 10 wickets in the opening Test. Boult took four wickets in India's second innings including, Cheteshwar Pujara and skipper Virat Kohli. "...it's probably better (than bowling at the Basin). The Basin generally turns into a very nice batting surface. There's a lot of runs been scored there both in domestic and international cricket," Boult said at the pre-match press conference ahead of the second Test that starts on Saturday.

"You are not battling the wind first of all. The overheads are there and it's generally a nice place to pitch the ball up and get it swinging around.

"So we do enjoy coming here as a bowling unit. Hopefully, we can continue that over the next couple of days," he added.

The green top in Christchurch naturally excites any quick bowler and Boult is no exception.

"It's pretty exciting. Traditionally, you come down here, you normally see a bit of grass. From my point of view, I will be happy to see it stays like that and the ball moving around," he said.

"If we look at the record here from specifically New Zealand spinners, there haven't been too many wickets taken by spinners.

"If that suggests there isn't much turn or they haven't bowled, I am not too sure, but generally it's a good wicket that has good pace and carry," he said.

"I know it swings around here a bit and it is generally a good wicket, a good contest between the bat and ball. That'' what we are going to expect."

Hagley Oval, Christchurch Cricket
Get the latest updates on India vs Australia Series, check out the India vs Australia Schedule for 2020-21 and Ind vs Aus live score . Like us on Facebook or follow us on Twitter for more sports updates. You can also download the NDTV Cricket app for Android or iOS.