Indian cricket team made the best of the little leisure time as they were seen enjoying the beauty of the Blue Springs in Putaruru, New Zealand on Thursday. 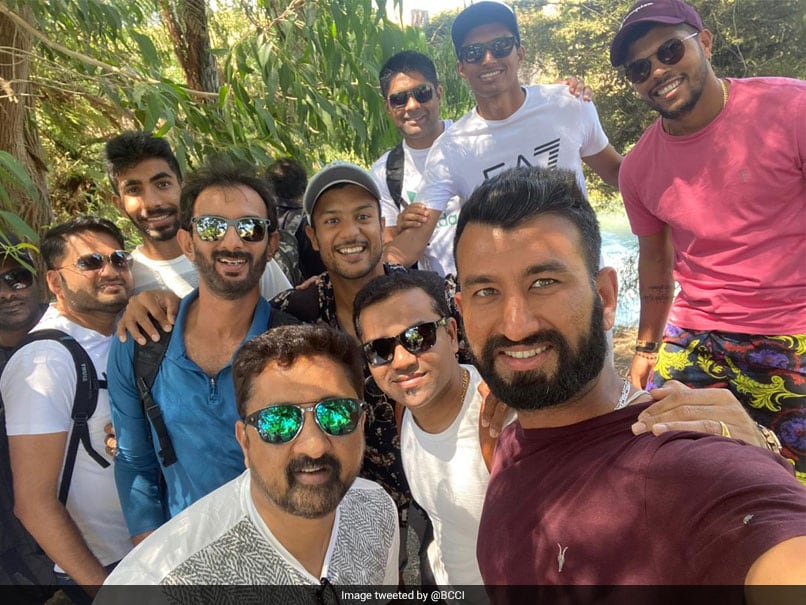 Indian cricket team enjoyed their day off ahead of Test series in New Zealand.© Twitter

The Indian cricket team, which is gearing up to face New Zealand in the two-Test series, on Thursday, made the best of the little leisure time as they were seen enjoying the beauty of the Blue Springs. "A long walk by the Blue Springs and a whole lot of fun with the teammates, that's how Team India spent the day off ahead of the Test series," the BCCI tweeted along with the photos from the scenic spot -- known for being one of the purest water sources in Putaruru.

A long walk by the Blue Springs and a whole lot of fun with the team mates, that's how #TeamIndia spent the day off ahead of the Test series. pic.twitter.com/TPmIisqW8v

Test specialists Wriddhiman Saha, Cheteshwar Pujara, R Ashwin and Umesh Yadavwere spotted along with the rest of their teammates who were part of the limited-overs leg in the ongoing tour. Rishabh Pant, Jasprit Bumrah and young openersShubman Gilland Prithvi Shaw were also spotted.

Team India will be playing a three-day practice game against New Zealand XI beginning Friday at the Seddon Park.

India thrashed the Black Caps in the five-match T20I series. However, the hosts came back strongly and swept the ODI series.

The Virat Kohli-led side, who are at the top of the World Test Championship table with 360 points, will resume their campaign against New Zealand, who are at the sixth spot with 60 points.

The Kiwis had lost their last Test series in Australia where they were whitewashed in the three-match rubber.

India, on the other hand, had blanked Bangladesh in the two-Test series -- which also included their first-ever pink-ball Test.

Wriddhiman Saha Mayank Agarwal New Zealand vs India, 2020 Cricket
Get the latest updates on IPL Auction 2023 and check out  IPL 2023 and Live Cricket Score. Like us on Facebook or follow us on Twitter for more sports updates. You can also download the NDTV Cricket app for Android or iOS.