Shubman Gill had a good net session on Thursday and it is expected that he would be asked to open the innings alongside Mayank Agarwal if Prithvi Shaw is unable to make it. 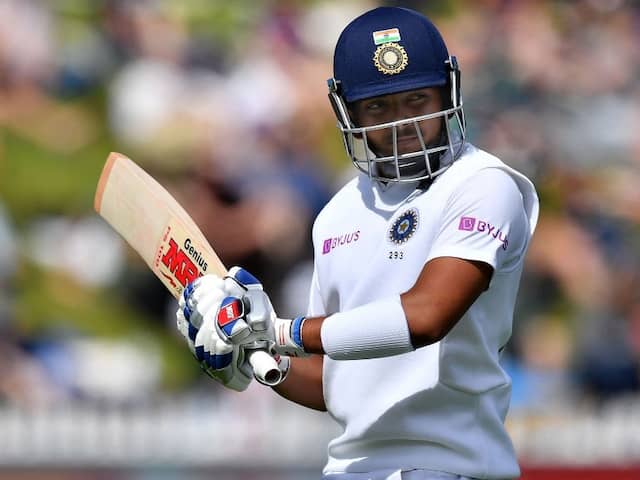 Prithvi Shaw missed Thursday's training session due to a swelling on his left foot.© AFP

Young opener Prithvi Shaw missed Thursday's training session due to a swelling on his left foot, increasing Indian team management's worries ahead of the second Test against New Zealand beginning on Saturday. According to sources, Shaw will undergo a blood test on Thursday to ascertain the reason of the swelling. In case the medical report is favourable, a call will be taken during Friday's practice session on his availability for the second Test. If Shaw is not comfortable while batting, he will not make it to the playing XI. Shubman Gill had a good net session on Thursday and it is expected that he would be asked to open the innings alongside Mayank Agarwal if Shaw is unable to make it. During Thursday's nets, head coach Ravi Shastri was seen paying extra attention to Gill's session.

At one point, Shastri walked up to Gill and was seen giving some technical inputs about footwork to Gill and what's required to check his uppish drives.

The Indian team management is hopeful that the swelling will not be a serious concern for Shaw.

The Mumbai opener didn't even take part in the customary warm-up session where players had a good time playing touch rugby.

Shaw had a poor outing in the first Test in Wellington, getting dismissed cheaply in both the innings.

Tim Southee got him for 16 with an unplayable delivery in the first innings and he also found Trent Boult's short ball difficult to negotiate when he was on 14 in the second essay.

Skipper Virat Kohli has already said that he has confidence in Shaw's ability to come good because of his destructive ability and will certainly play him if he is fit.

New Zealand Cricket Team Prithvi Shaw Shubman Gill New Zealand vs India, 2020 Cricket New Zealand vs India, 2nd Test
Get the latest updates on IPL 2020, check out the IPL Schedule for 2020 and Indian Premier League (IPL) Cricket live score . Like us on Facebook or follow us on Twitter for more sports updates. You can also download the NDTV Cricket app for Android or iOS.