Kyle Jamieson, playing just his second Test, picked up his maiden five-wicket haul and was the pick of the New Zealand bowlers. 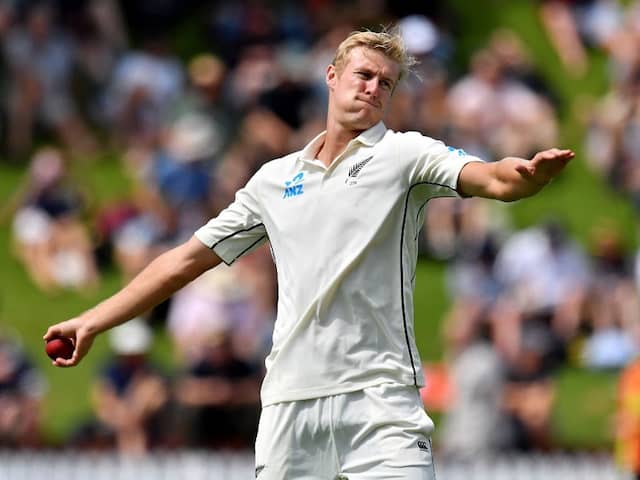 Kyle Jamieson believes the Indian batsmen were a bit indecisive against the short-pitched stuff.© AFP

New Zealand pacer Kyle Jamieson believes the Indian batsmen were a bit indecisive against the short-pitched stuff and that's why they gave away their wickets on the opening day of the second Test on Saturday. The Indian batsmen, who had twin failures in Wellington, were once again found wanting as they got bundled out for a mere 242 at the Hagley Oval. Jamieson, playing just his second Test, picked up his maiden five-wicket haul and was the pick of the New Zealand bowlers. He got the wickets of Prithvi Shaw (54), Cheteshwar Pujara (54), Rishabh Pant (12), Ravindra Jadeja (9) and Umesh Yadav (0).

"The wicket does not do as much as it does in Wellington. We had to stick there for long periods of time. The ball was still moving a little bit. They played a few more shots than they did in Wellington," Jamieson told reporters at the end of the day's play.

"The pitch probably allowed them to, but I guess their guys looked a bit indecisive against the short ball.

"When you win the toss and bowl first, bundling the opposition out is a pretty good way to go. As a bowling unit, we were good in the first Test and we were good here. We were clear in our plans and we bowled in partnerships," he added.

In response to India's first innings score, New Zealand ended the day on 63/0 and trail by 179 runs.

"Probably the high point for me was to see how good we were as a team, to take 10 wickets and restrict the Indians was pretty special. To be no wickets down at stumps marks a pretty good day of Test cricket for us," said Jamieson.