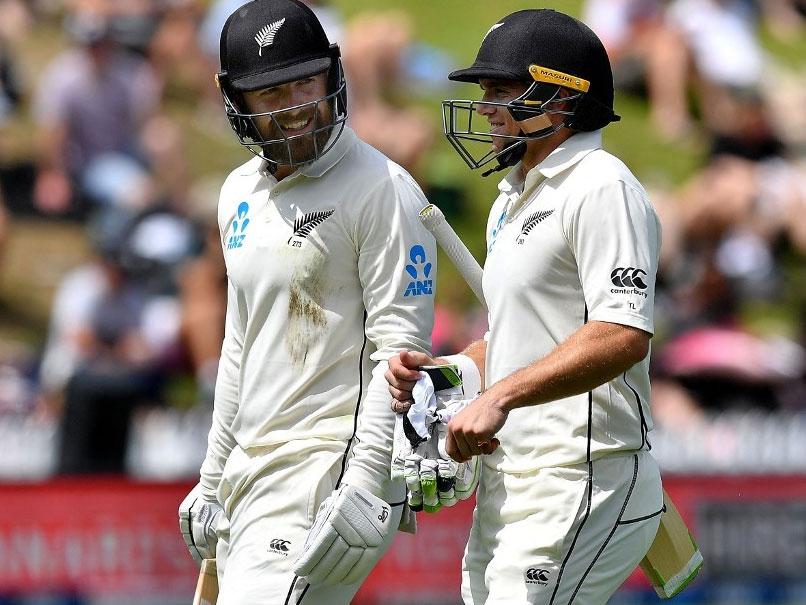 Tom Latham and Tom Blundell played cautiously and kept Indian bowlers at bay as New Zealand reached 63/0, trailing India by 179 runs, at stumps on Day 1 of the second Test against India in Christchurch on Saturday. Latham and Blundell were unbeaten on 27 and 29 respectively. Earlier, New Zealand fast bowler Kyle Jamieson, playing in his second Test, claimed his maiden five-wicket haul as India were bowled out for 242 runs. Tim Southee and Trent Boult also chipped in with two wickets apiece. After a solid start, Indian batsmen shot themselves in the foot as they lost last six wickets for just 48 runs, allowing New Zealand to get on the top. Prithvi Shaw, Cheteshwar Pujara and Hanuma Vihari all scored half-centuries but couldn't make most of the opportunity and threw away their wickets by playing rash shots. The momentum shifted New Zealand's way when they removed Vihari on the stroke of the tea. Carrying the momentum in the final session, the hosts removed Pujara early which created a tension in the Indian camp and wickets fell quickly thereafter. A couple of big hits from Mohammed Shami towards the end helped India get close to the 250-mark. (SCORECARD)

Hagley Oval, Christchurch
Get the latest updates on ICC T20 Worldcup 2022, check out the Schedule and Live Score. Like us on Facebook or follow us on Twitter for more sports updates. You can also download the NDTV Cricket app for Android or iOS.