India have a rare chance to clean sweep a five-game T20I series overseas when they take on New Zealand in the final match on Sunday. 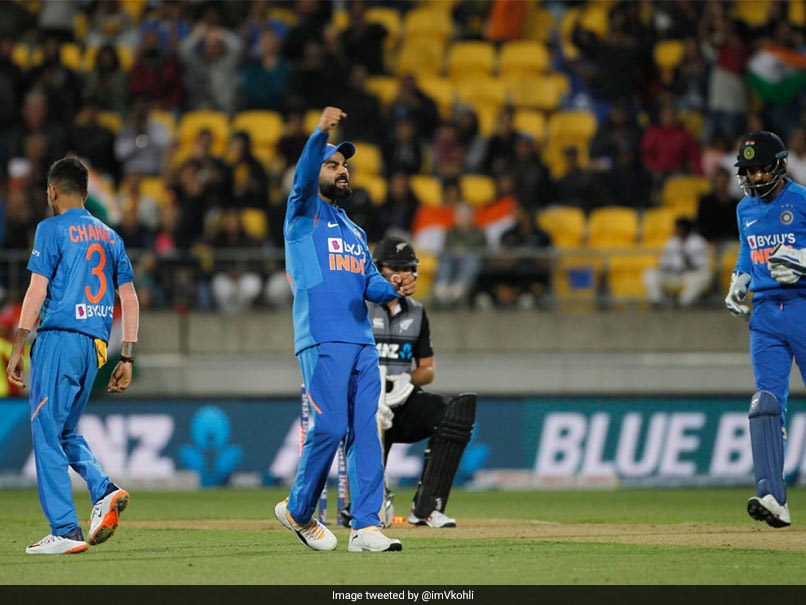 India defeated New Zealand in the Super Over on Friday to take 4-0 lead in five-match series.© Twitter

After the win at Sky Stadium in Wellington, India batsman Manish Pandey said that the team is looking to make it 5-0 on Sunday.

"We have an opportunity to make it 5-0 and it will be really amazing to do that. Come the fifth match, we will look to go 5-0 up, that is our plan. Nobody has done it before and especially India has not done it before. So, I think it will be a great start to do that," Manish Pandey had said in the post-match presentation.

While Samson and Sundar threw away their opportunities, Saini was exceptional with the ball in the penultimate over where he gave away just four runs.

"Saini was impressive with his pace again. We were very proud with the way we went about it," Kohli had said.

India might opt to rest KL Rahul for the final T20I in Mount Maunganui and give Rishabh Pant, who has not played competitive cricket since the home series against Australia, a game.

For New Zealand, Kane Williamson is expected to be fit for the clash after he missed out in Wellington due to a left shoulder niggle.