"Reading My Game Helped Me To Be More Consistent": KL Rahul After India's 2nd T20I Win

KL Rahul guided India to a seven-wicket win over New Zealand in the second T20I in Auckland on Sunday. 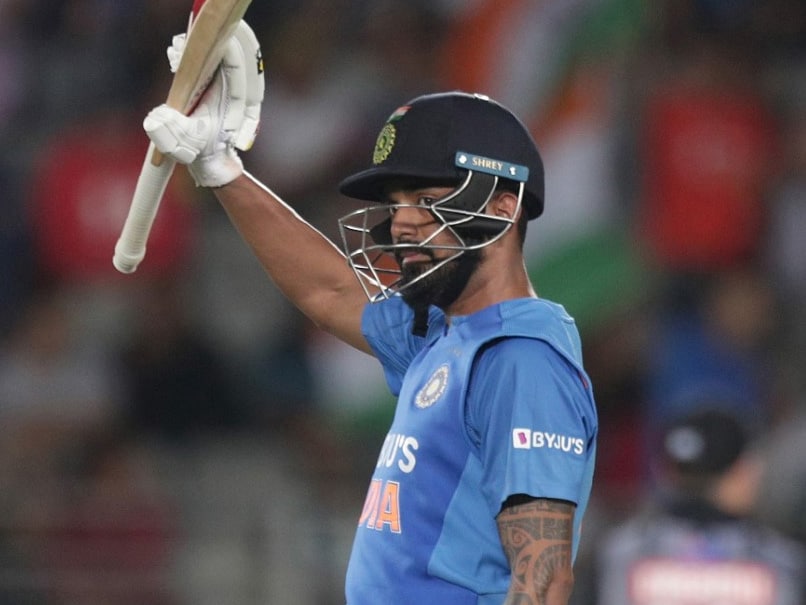 KL Rahul played anchor as India successfully chased a total of 133 to win their second T20I against New Zealand on Sunday at Eden Park in Auckland. Rahul was unbeaten on 57 off 50 balls and his 86-run stand with Shreyas Iyer after the early dismissals of Virat Kohli and Rohit Sharma took the match away from New Zealand after a scintillating performance from the Indian bowlers. He had previously scored 56 in the first T20I. "Obviously different circumstances, the target was different and the pitch was different from what we played on a couple of days before," Rahul said at the post-match presentation ceremony where he was named the man of the match.

"I knew what I had to do, I couldn't play the same way. I had a different responsibility. We lost Rohit and Kohli early, so I had to stay in there," he said.

According to Rahul, he understands his game better now, owing to which he has produced a steady run of big scores.

"The understanding of my game and reading my game has helped me to be more consistent. I always need to keep the team ahead, and what the team requires. I have come up with the right shots and the right answers. That has been my mantra over the last few games and in the T20 format," he added.

KL Rahul
Get the latest updates on IND vs NZ 2021, check out the Schedule and Live Score . Like us on Facebook or follow us on Twitter for more sports updates. You can also download the NDTV Cricket app for Android or iOS.