KL Rahul has been excellent in his new role at no.5, capping off a good series in New Zealand with a century. 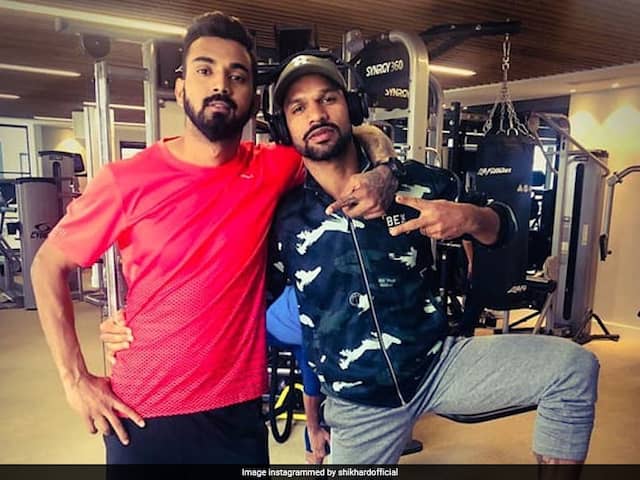 Regular India opener Shikhar Dhawan feels that KL Rahul can score a hundred even as the 12th man, such has been his form. Rahul scored a magnificent 112 in the third and final ODI in Mount Maunganui on Tuesday and Dhawan was quick to congratulate the 27-year-old who finished the ODIs with 204 runs in three innings. "Well played and wonderful century bro keep going strong. The way you are batting, even if you go as 12th man you will score a ton," Dhawan said in an Instagram story. 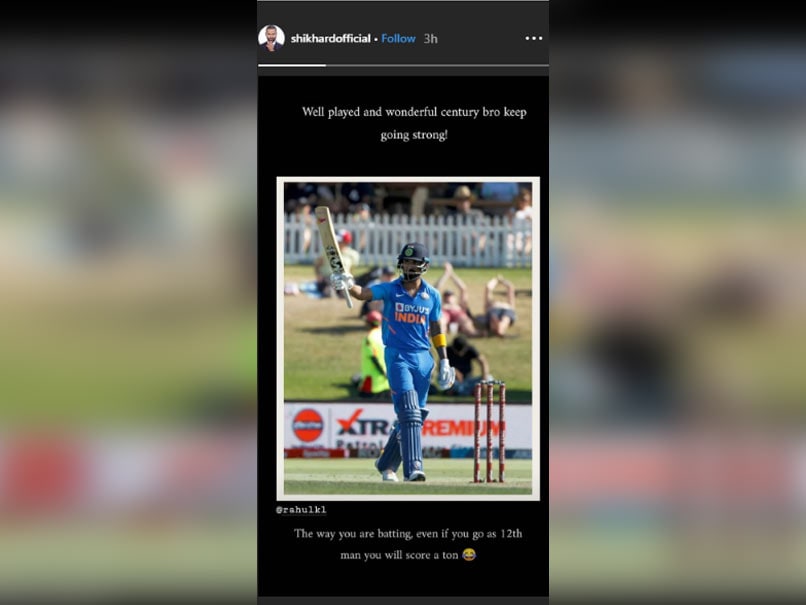 Not too long ago, there was talk about Dhawan and Rahul fighting for the opening slot along with Rohit Sharma. Since then, such has been the turn of events that Rahul has been tasked to keep wickets and bat in the middle order whille Dhawan injured himself once again during the ODI series against Australia and was ruled out of the New Zealand tour.

Rahul displayed good form initially as an opener with his performances putting Dhawan under pressure as he was out injured.

But the Karnataka right-hander continued his purple patch in the middle order as well and that was on show in both the T20Is and ODIs in New Zealand. While Rahul helped India whitewash the Kiwis 5-0 in the T20Is, his efforts with the bat went in vain as India were drubbed 0-3 in the 50-over format.