Ajinkya Rahane said that New Zealand are favourites as the home side know better about what deliveries to bowl and what shots to play. 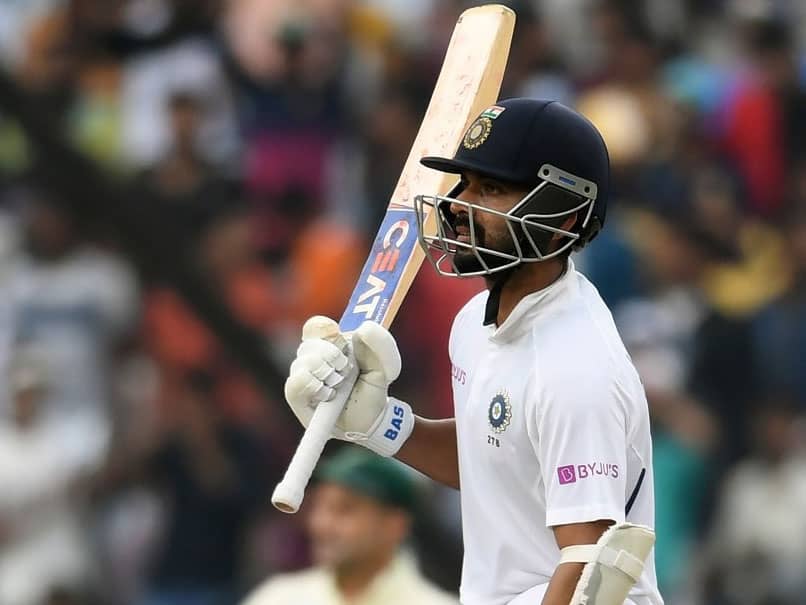 A first innings total in the range of 320 on a bouncy Basin Reserve track is what India vice-captain Ajinkya Rahane is aiming for despite calling New Zealand the favourites going into the first Test starting in Wellington on Friday. "I think New Zealand are favourites in their home conditions. I still feel the host country remains favourite because they know what to bowl and batsman are aware of what shots to play. As a unit we need to learn and adapt quickly as New Zealand grounds have different angles," Rahane said on a cautious note on the eve of the Test match.

But the 2014 win at Lord's or the 2018 victory in Adelaide had come with modest first innings scores of under 300 (295 at Lord's and 250 at Adelaide), a template that can be executed in Wellington also, feels the stylish Mumbaikar.

"When you bat first, your mindset is always positive, not saying that it's not when you bowl first. If you get 320 to 330 outside India in first innings, it's a very good total.

"All the matches if you see we won (in England and Australia), we got around 320 to 350 runs on the board in the first innings," said Rahane.

While 320 may not be a big score, Rahane's confidence stems from the fact that India''s world class pace attack, which has shown the ability to pick 20 wickets in overseas conditions.

"We know that our bowlers can take wickets in any condition but suppose you lose the toss and have to bat first, you should know that you are in right kind of mindset to actually go out there and tackle those situations.

"Keeping mindset right in seaming conditions even if you lose the toss is really important. Same goes to bowlers who should keep their mindset right on flat wickets. They should actually have the belief to take 20 wickets on flat tracks," said the veteran of 63 Tests.

While he called the home team the favourites, Rahane and his teammates are enjoying the phase where the current batch under Virat Kohli is expected to win Test series outside sub-continent following their historic triumph in Australia last year.

"There is no awe about conditions anymore. Every condition is home condition for us. Irrespective of victory or defeat, expectation is bound to be there. As a team, we want to enjoy this phase where people feel that we are favourites wherever we go," the confident deputy of Kohli said.

It is more or less clear that Ravichandran Ashwin will be preferred over Ravindra Jadeja and Rahane reckons that there will be some turn on offer due to the moisture underneath the surface.

"It might spin a bit because of the moisture and dampness of the wicket, may be during first session every day. I am not sure about the other sessions.

"New Zealand tracks generally after two days become good to bat on. Spinners'' role will be crucial because both Ashwin and Jadeja are wicket-takers. If any of them gets opportunity, they will do well," expects Rahane.

The Basin Reserve brings in happy memories as Rahane hit his first Test hundred there back in 2014.

"That was a really special moment for me, getting that first hundred. I keep watching my maiden hundred," he fondly recollected.

"I remember that my back-lift was changing because of the wind and that was a challenge to control it. Sometimes you got to play with low back-lift and you have got to change your guard may be and play accordingly.

"This is a new challenge playing after 4-5 years. That team was comparatively young team."

While Mayank Agarwal and Prithvi Shaw's relative inexperience is being talked about, Rahane just like his skipper feels that the two youngsters will succeed because of their positive approach.

"They both are comparatively young, yes but they both are naturally attacking player. Their attitude is very good in general about cricket. I don''t think they would need much of an advice."