India, after chasing down 204 runs in the T20I series opener, will be high on confidence as they face New Zealand in the second match of the five-game series in Auckland. 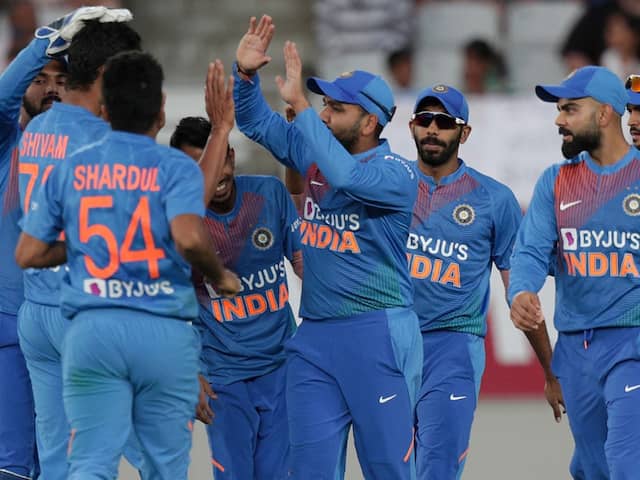 Indian batsmen stole the show at Eden Park in Auckland in a run-fest on Friday that saw the visitors chase down the 204-run target with an over to spare. The two teams will lock horns at the same venue for the second Twenty20 International of the five-match series on Sunday as another run feast awaits. India will look for an improvement in the bowling department and extend their lead in the series while New Zealand will have their hands full after a lacklustre performance in the field in the opener. The hosts dropped several catches and missed multiple run-out chances that eventually cost them the game.

After the win, India captain Virat Kohli defended his bowlers who conceded 203 runs from 20 overs and said that you cannot be harsh on anyone on this kind of wicket.

India are unlikely to tinker with the winning combination. However, Kohli might throw in a surprise by replacing Shardul Thakur with Navdeep Saini.

Shardul did manage to pick a wicket but he went for 44 runs in three overs.

The Indian spinners did well on a short ground that saw over 400 runs scored in 39 overs.

Yuzvendra Chahal and Ravindra Jadeja went for 48 runs in a total of six overs that they bowled and managed to grab a wicket each.

Keeping in mind the struggle for the New Zealanders against spin on Friday, Kohli might be tempted to play three spinners and two fast bowlers in Mohammed Shami and Jasprit Bumrah.

Kuldeep Yadav and Washington Sundar are the other two spin options India have in their armoury.

The batting order clicked for India and despite Rohit Sharma failing with the bat, India managed to chase down a huge total in 19 overs.

KL Rahul scored a half-century and put on a 99-run partnership with Kohli that laid the foundation India's win.

Shreyas Iyer then finished the game with an unbeaten knock of 58.

For New Zealand, their senior batsmen stood up as Kane Williamson and Ross Taylor scored fifties and Colin Munro also looked in good touch during his stay at the crease.

New Zealand will look for some changes in the bowling department as India hammered New Zealand bowlers to all parts of the ground during the chase.

Jasprit Bumrah New Zealand vs India, 2020 New Zealand vs India, 2nd T20I Cricket
Get the latest updates on IPL 2020, check out the IPL Schedule for 2020 and Indian Premier League (IPL) Cricket live score . Like us on Facebook or follow us on Twitter for more sports updates. You can also download the NDTV Cricket app for Android or iOS.