NZ vs IND: A 93-run stand between Kane Williamson and Ross Taylor for the third wicket was enough to lift New Zealand from 73/2 to be ahead of India's 165 before the tourists fought back with three wickets in the final session. 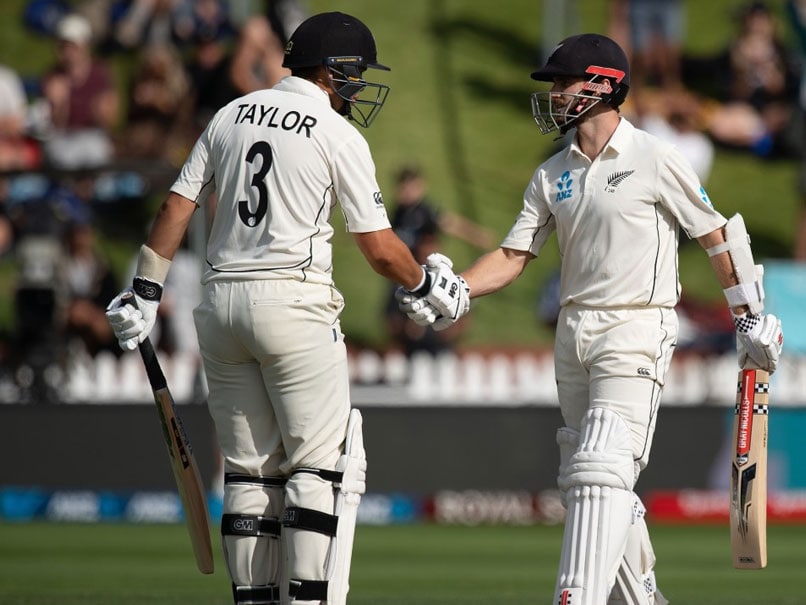 Kane Williamson and Ross Taylor combined to ensure New Zealand held a first innings lead in the first Test against India in Wellington on Saturday but the advantage was not overwhelming. India stayed in the hunt with three wickets in the final session including Williamson for 89 and Taylor for 44 and the wicket was showing early signs of taking spin. "You always want your best players to be at the crease. They (Williamson and Taylor) put on a great partnership, both looking nice for a long period of time, but if we can carry on and keep chipping away with the guys to come ... then it will set us up," New Zealand pace bowler Tim Southee said.

Williamson and Taylor's 93-run stand for the third wicket was enough to lift New Zealand from 73/2 to be ahead of India's 165 before the tourists fight back.

Ishant Sharma, coming back from injury and struggling with jetlag after arriving in New Zealand four days ago, was the pick of the Indian bowlers with 3/31 off 15 overs.

However, with the initial green cover fading from the wicket there were early signs of spin which could impact on New Zealand batting last at the Basin Reserve.

"You don't usually see that at the Basin and that's where the first innings becomes important," Southee said.

"If we can build those partnerships and eke out as big a lead as we possibly can that makes that second innings a little bit easier."

Williamson, called to the middle following the early dismissal of Tom Latham and was rocked by Sharma with the first ball he faced but from there he returned to his patient, confident self.

He put on 47 with Tom Blundell (30) for the second wicket before being joined by Taylor to put New Zealand in front.

The New Zealanders were clearly relishing home conditions in their first Test since being thrashed 3-0 in Australia.

Taylor, New Zealand's highest run scorer and celebrating his 100th Test, received a standing ovation when he entered the arena where he looked in fine touch as he peppered the boundaries with six fours and a six.

But on 44, what was shaping as a formidable partnership with Williamson was undone by a rising Sharma delivery that ballooned off the gloves to Cheteshwar Pujara at square leg.

Williamson lasted 10 more overs before his bid for a 22nd Test century came to an unexpected end when he drove a Mohammed Shami half volley to the safe hands of substitute fielder Ravindra Jadeja at cover.

Henry Nicholls faced 62 deliveries for 17 runs before he fell to the spin of Ravi Ashwin.

India had resumed the day at 122/5 but could only muster another 32 runs on the second morning as their last five wickets fell in just over 13 overs.

Ishant Sharma Basin Reserve, Wellington New Zealand vs India, 2020 Cricket New Zealand vs India, 1st Test
Get the latest updates on SA vs IND 2021-22, check out the Schedule and Live Score . Like us on Facebook or follow us on Twitter for more sports updates. You can also download the NDTV Cricket app for Android or iOS.