IPL 2021: Kolkata Knight Riders (KKR) face SunRisers Hyderabad (SRH) in the first match of their season. The franchise teased fans ahead of the fixture with a training video of Pat Cummins, Lockie Ferguson. 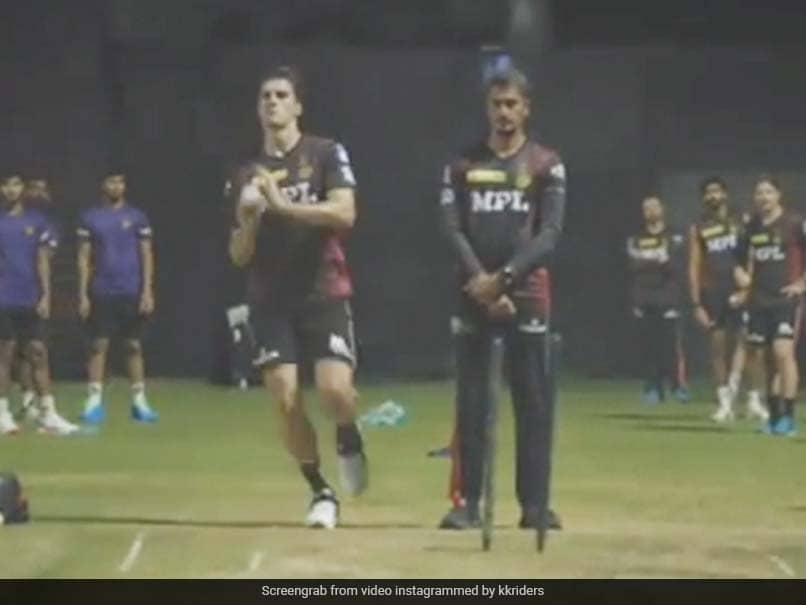 With the Indian Premier League (IPL) 2021 season finally in full flow, Kolkata Knight Riders (KKR) face SunRisers Hyderabad (SRH) in their first match of the season on Sunday, at the MA Chidambaram Stadium in Chennai. In what should be a highly competitive clash, KKR's bowling department could decide the outcome of the fixture. Ahead of their IPL 2021 match, the franchise took to social media to post a video of pacers Pat Cummins and Lockie Ferguson gearing up for Match 3 of IPL 2021.

Posting the video on Instagram, the Eoin Morgan-led side captioned the video as, "Some SERIOUS pace coming your way courtesy @patcummins30 & @lockieferguson".

In the video, the duo can be seen warming up, followed by some training in a net session.

Currently considered by many to be the fastest bowler in the world, Cummins will be hoping to put in a better display for KKR in IPL 2021. Last season in the United Arab Emirates (UAE), Cummins played in 14 matches, registering a paltry amount of 12 wickets. In total, the Aussie pacer has played in 30 IPL games, bagging 29 dismissals.

Last season, KKR missed out on a playoff spot, finishing at fifth position in the eight-team table. The franchise won seven fixtures and also lost the same amount of games.

Meanwhile, SRH qualified for the playoffs in dramatic circumstances. The David Warner-led outfit finished in third position in the final game of the league phase, winning seven and losing seven fixtures.

SRH defeated Royal Challengers Bangalore (RCB) in the Eliminator, but failed to reach the final after losing to Delhi Capitals (DC) in Qualifier 2.

Lockie Ferguson IPL 2021 Sunrisers Hyderabad vs Kolkata Knight Riders, Match 3 Cricket
Get the latest updates on IPL 2021, IPL Points Table , IPL Schedule 2021 , live score . Like us on Facebook or follow us on Twitter for more sports updates. You can also download the NDTV Cricket app for Android or iOS.