IPL 2021: David Warner found support from his daughters, who posed in SunRisers Hyderabad jersey ahead of SRH's first game on Sunday. 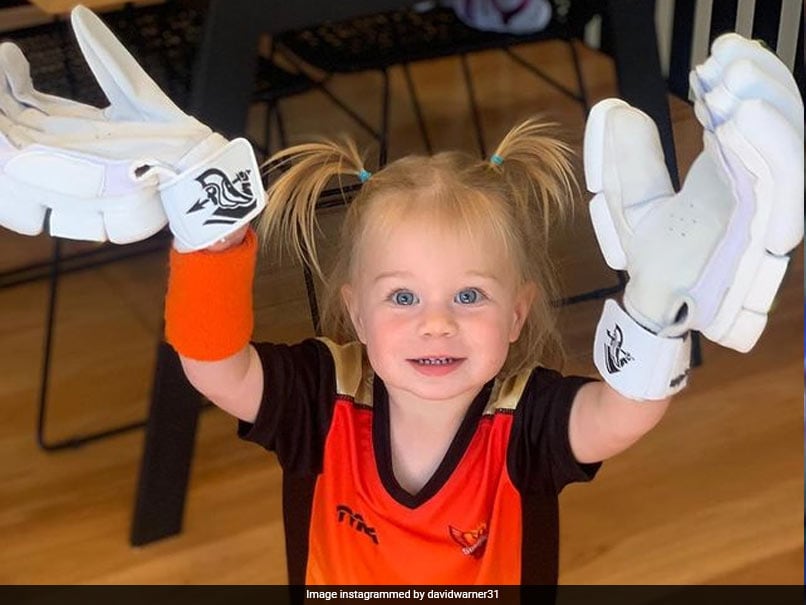 SunRisers Hyderabad captain David Warner had strong support coming in all the way from Australia ahead of his first match in IPL 2021. Warner's daughters posed in the SRH jersey to rally behind their father and SRH skipper ahead of Sunday's clash against Kolkata Knight Riders. "Put your hands up if you're ready for our first game tonight. My number 1 supporters are pumped and ready to go," Warner wrote in a post on social media and shared pictures of his daughters.

Warner returns to the IPL after having led the team to a playoffs spot last season. Warner is the only SRH captain to win an IPL title. He led the team to their first IPL title win in 2016.

The left-handed opening batsman had scored 548 runs from 16 matches last season at a strike rate of 134.64 with four half-centuries.

Beside Warner, SRH also have the likes of Jonny Bairstow, Kane Williamson, Rashid Khan and Jason Holder in their midst among overseas players.

Manish Pandey, Bhuvneshwar Kumar, T Natarajan and Khaleel Ahmed among others form the core group of Indian players as SRH go into the IPL with a well-balanced squad.

They finished third in the league stage last season after winning seven of their 14 matches.

SRH also have the services of explosive England opener Jason Roy, who was signed as a replacement for Mitch Marsh.

However, Roy landed in Chennai, the venue for SRH's first leg of IPL on Saturday and he is serving his quarantine.

David Warner IPL 2021 Sunrisers Hyderabad vs Kolkata Knight Riders, Match 3 Cricket
Get the latest updates on ICC T20 Worldcup 2022, check out the Schedule and Live Score. Like us on Facebook or follow us on Twitter for more sports updates. You can also download the NDTV Cricket app for Android or iOS.