IPL 2021: Kane Williamson's side came second in a Super Over yet again as SunRisers Hyderabad lost to Delhi Capitals on Sunday. 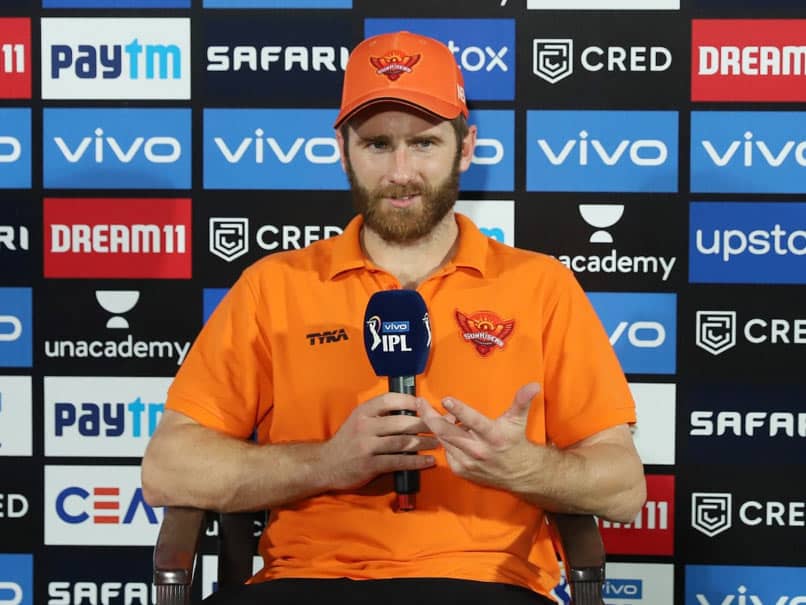 IPL 2021: Kane Williamson's half-century was in vain as SRH lost to Delhi Capitals in Super Over.© BCCI/IPL

After suffering a loss against Delhi Capitals in the Indian Premier League (IPL), SunRisers Hyderabad batsman Kane Williamson said that he is getting tired of coming second in the Super Overs. Kane Williamson played an unbeaten knock of 66 but he did not find supporting batsmen at the other end, but a 14-run cameo from Jagadeesha Suchith took the match into a Super Over at the MA Chidambaram Stadium on Sunday. In the end, Delhi Capitals managed to chase eight runs in the Super Over to win the match.

"I am getting tired of coming second in the Super Overs," said Williamson while replying to an ANI query during a virtual post-match press conference.

"As a batting side chasing a score that was very competitive... there are a lot of positives to take out of it. Really uncanny in game of cricket that things can end in a tie but I suppose it is very very exciting. A lot of positives, we move on really quickly to Delhi,"

Williamson has been a part of quite a lot of Super Overs, and the most famous is the 2019 World Cup final, where his side ended up missing out on the trophy after Super Over ended in a tie and England won the World Cup on the basis of boundary-countback rule.

When asked what SRH could have done differently in the match to win, Williamson said: "It is a game of very small margins and I think, if we are being honest, we just want to do different aspects of our game a bit better.

"This game, if you are able to do it, then the result can change quite quickly. I suppose when it ends in a tie, you can look at the one run throughout the whole innings. I think on the whole, a lot of positives."

Earlier, Prithvi Shaw and Rishabh Pant played knocks of 53 and 37 respectively as Delhi Capitals posted a score of 159/4 in the allotted 20 overs.

Shikhar Dhawan and Steve Smith also chipped in with knocks of 28 and 34. For SRH, Siddarth Kaul returned with two wickets.

"You know there were a lot of valuable partnerships in the innings and we lacked a bit of momentum because that was the nature of the surface. We got very close, some positives to build on. We do not know how the surfaces will be in Delhi," said Williamson.

SunRisers Hyderabad are now seventh in the points table with two points from five matches. They will take on Chennai Super Kings (CSK) next on Wednesday at the Arun Jaitley Stadium in New Delhi.

Kane Williamson IPL 2021 Sunrisers Hyderabad vs Delhi Capitals, Match 20 Cricket
Get the latest updates on IPL 2021, IPL Points Table , IPL Schedule 2021 , live score . Like us on Facebook or follow us on Twitter for more sports updates. You can also download the NDTV Cricket app for Android or iOS.