IPL 2021: Shreyas Iyer "On Top Of The World" After Joining Delhi Capitals Squad In UAE

IPL 2021: Delhi Capitals batsman Shreyas Iyer said he was "eagerly waiting" to join the squad as he prepares to make a comeback from injury when the season resumes. 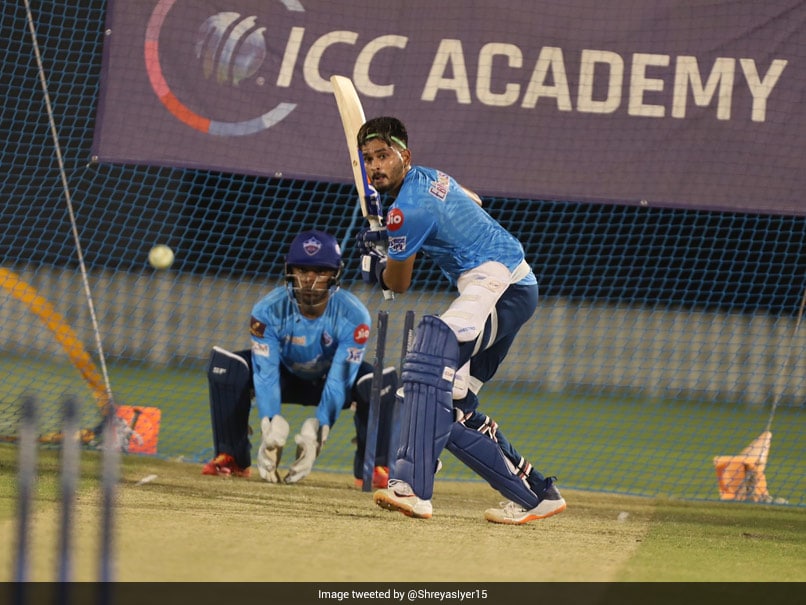 Shreyas Iyer said he's "feeling on top of the world" after joining Delhi Capitals squad in the UAE.© Shreyas Iyer/Twitter

Delhi Capitals batsman Shreyas Iyer expressed happiness on joining the team's camp for the remainder of the Indian Premier League (IPL) 2021, which is scheduled to begin from September 19 in the United Arab Emirates (UAE). Having missed out on the first half of IPL 2021 due to a shoulder injury, Iyer is all set to feature in the remainder of the season. Coming back from a five-month injury hiatus, Iyer is leaving no stone unturned during practice. He trained with the Delhi Capitals assistant coach Pravin Amre for one week before the team arrived in Dubai on August 21.

"I am feeling on top of the world"

In his first interview with DC after recovery, @ShreyasIyer15 talks about his return, the second leg of #IPL2021 and much more

Watch till the end for his special message for DC fans #YehHaiNayiDilli #CapitalsUnplugged @OctaFX pic.twitter.com/YyOSlGjFua

"I am feeling on top of the world, to be honest. This was the thing I was eagerly waiting for. I came six days prior to the start of the practice sessions for the team, and I had two good games against the UAE team, so I just want to continue with the same momentum," Iyer was quoted as saying in a Delhi Capitals release.

The Mumbai-born player, who underwent surgery during the first half of the IPL 2021, also spoke about his disappointment of being away from the game.

"The feeling was very difficult to sit out and see my teammates play. I was sitting in front of the TV, watching each and every game and feeling as if I am on the ground and trying to replicate the scenario at my place," said Iyer.

"But, it's in the past now, I have to forget about it and continue with the same flow, the team has maintained throughout," he added.

Expressing his excitement about receiving the Delhi jersey for the first time this season, Iyer said, "It was like Santa Clause had come to my room, and that's how I reacted, to be honest."

"It's always good to wear the Delhi Capitals jersey. I have been wearing it for six years now, every year they come up with new ideas, a new taste, and I am just trying to get used to it, and embracing it," he added.

Delhi Capitals are currently at the top of the points table with six wins and two losses from eight matches.

When asked about the team's approach for the final phase of the season, Iyer stated that the team will progress incrementally and try to acclimatise to the UAE conditions as quickly as possible.

"We have discussed how we should progress through the practice sessions before the matches start. We have decided that we should be moving incrementally,' he said.

"We don't have to give it our all because the climate is different over here. We need to adapt to the weather conditions and acclimatise as quickly as possible, and that's what our mindset should be," Iyer concluded.

Delhi Capitals are set to take on Sunrisers Hyderabad on September 22.

Delhi Capitals Shreyas Iyer IPL 2021 Cricket
Get the latest updates on ICC Women's Cricket World Cup 2022 and IPL 2022, check out the Schedule , Live Score and IPL Points Table. Like us on Facebook or follow us on Twitter for more sports updates. You can also download the NDTV Cricket app for Android or iOS.