IPL 2021: Shreyas Iyer, who led Delhi Capitals to their first IPL final in 2020, said he will do "everything in my role" to help the team win a maiden title when IPL resumes next month. 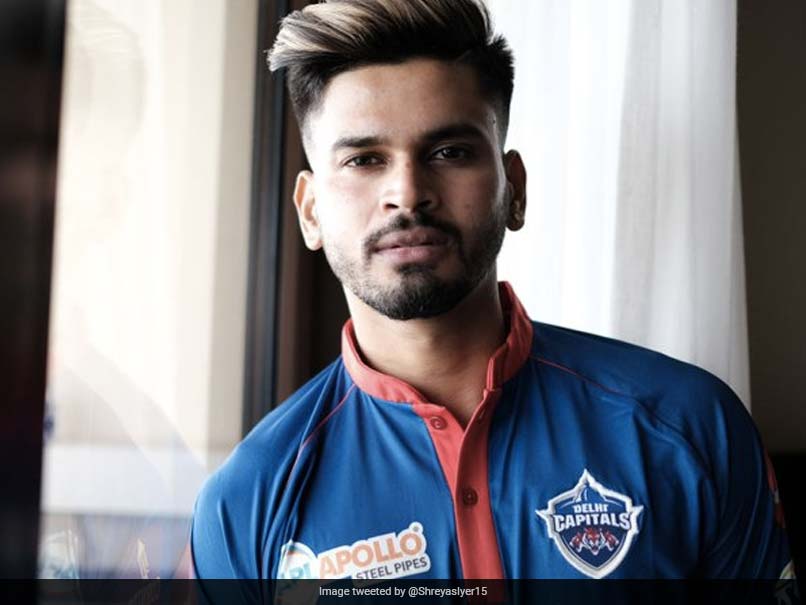 Shreyas Iyer is set to turn out for Delhi Capitals in IPL 2021 after recovering from injury.© Shreyas Iyer/Twitter

Shreyas Iyer did feel "low" at times during an intense rehabilitation period after his shoulder surgery but a fit-again stylish Mumbai batsman is now gearing up to realise an unfinished dream of winning his maiden IPL title with the Delhi Capitals. Shreyas, who led DC to their first IPL final in 2020, missed the first part of the postponed IPL due to surgery. Rishabh Pant had captained the side back then. "Unfortunately, IPL had to be stopped mid-season, but it has presented me with the opportunity again and I will, as a player and as someone who understand the DNA of our team, will do everything in my role to see the dream of our fans come true," Shreyas told PTI in an exclusive interview.

When asked if he is game about playing under Pant's leadership, the dashing right-hander did not give a direct answer. "I would reckon our first half performance this season is a result of the environment we had created in 2019 and 2020. Last year, we came so close to winning IPL," Shreyas said.

"Over the last two years, we have transformed DC into a warrior side. That has come from the system and process we had put in place and thanks to the management in trusting my abilities to be able to deliver for the team," he added.

He feels that leadership role in Capitals did help him become a more astute cricketer since he improved man-management skills and temperament.

"Captaincy at Delhi Capitals has made me a better cricketer. I look at things, situations, the sport differently. It has improved my temperamental skills, my man management skills as a leader. Ricky Ponting has been very supportive on that," he said.

While playing IPL, Shreyas would obviously also have one eye on the T20 World Cup squad where he would probably fight it out with Ishan Kishan and Suryakumar Yadav, both of whom have had impressive start to their T20 careers, for a place.

"Competition has always been in Indian cricket and will always be. It is a competitive sport after all. But for me, it won't be an understatement to say that I have a bigger appetite now," who has scored 1363 runs in 51 white ball games.

But Iyer, who is known to hit monster sixes in T20 cricket, made it clear that he is not competing with anyone.

"Look, my competition has always been with myself. It's You vs You. It has worked out well for me in the past, for how I have played this sport so far, and I have no reason to doubt myself that I can't repeat and achieve that again and more."

Challenging himself and moving out of his comfort zone will be his mantra. "I want to keep going beyond my abilities. I want to see that transition happening every day. That's how I see myself, and I enjoy throwing these challenges," he said.

On the fitness front, Shreyas said that he attained full match fitness two weeks back and is currently in fine fettle.

"I have attained 100 per two weeks back. No concerns whatsoever. I feel very comfortable, fresh and I'm in a good mind space. I was completely focused on my daily process and thankfully it has worked out well for me. This (surgery) was something I had to do, and I am happy that I can now move forward," he added.

So is he feeling comfortable throwing from the deep? "It's about gaining the strength. I feel 100 percent. I had the opportunity to arrive in Dubai a few days ahead of my team, and thankfully played a few practices matches with UAE national team. It's all coming together nicely."

He got injured at a time when he was doing well for the country and it does affect any player worth his salt.

"One has to accept the fact and adapt to it fast. That would be my advise. I won't lie here, yes you tend to feel low at times, it's human nature after all, but how you deal with it instead of drowning in it, defines your process," he said.

But if a situation comes where he has to dive again, Shreyas won't mind doing that to save runs for his team. "What's important is knowing that I was 110 per cent in that game when I hit the mat. I was committed to my role and I will not hesitate to show the same intensity in future," he said.

It can get lonely if the support system isn't around, Shreyas agreed. "Thankfully, I have a close knit family and friends who have been my backbone. They bring positivity. I had a quick get-away with friends in Goa post surgery. Back home, my parents kept me engaged, we had a lot of positive conversations and they ensured I look at the brighter side of things."

The initial part of rehab can become very tiresome when one is perhaps at home with hand in sling, no gym, no activity as such, more so in this post-COVID world.

"To be honest, I never felt the agony at all. As I mentioned, for me it was the family and friends who formed the core of my recovery process.

"And then I had Virat Kohli and many teammates, friends and fans checking on me regularly. To be frank, it was overwhelming to see so much of support."

Shreyas thanked NCA head of cricket Rahul Dravid and his staff for their support during the rehab period.

"Rahul sir and the entire staff at NCA had been very helpful. I got good support from BCCI and the process was smooth for me. I had long conversations with Rahul sir, before he left for Sri Lanka and later on his return. His words are so much encouraging and a lot to learn from him," Shreyas signed off.

Delhi Capitals Shreyas Iyer IPL 2021 Cricket
Get the latest updates on ICC Women's Cricket World Cup 2022 and IPL 2022, check out the Schedule , Live Score and IPL Points Table. Like us on Facebook or follow us on Twitter for more sports updates. You can also download the NDTV Cricket app for Android or iOS.