IPL 2021, RR vs CSK: Rajasthan Royals skipper Sanju Samson will want his team's middle-order to perform to its potential against Chennai Super Kings in Abu Dhabi. 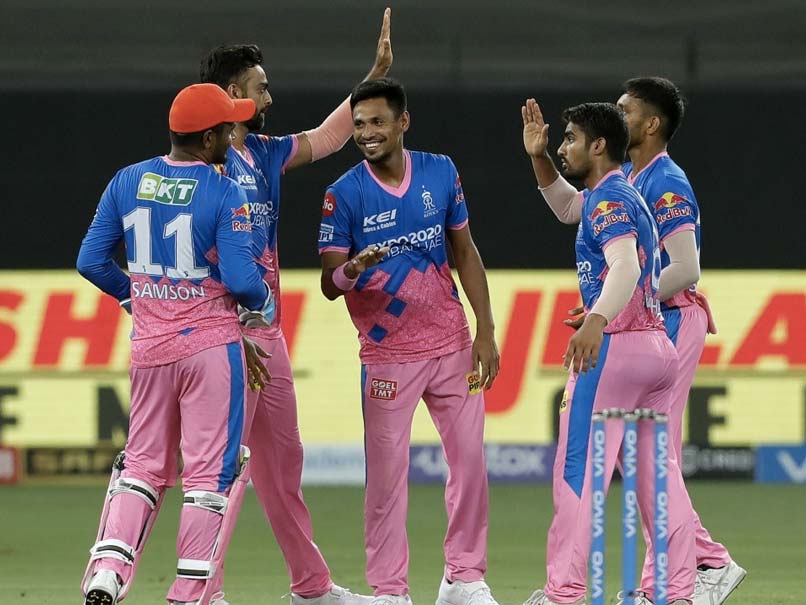 Rajasthan Royals will hope to keep alive their IPL 2021 playoff hopes when they face CSK.© IPL

Sanju Samson's journey as Rajasthan Royals' skipper has been tough in the Indian Premier League (IPL) 2021. With only four wins in 11 games, RR are placed at the seventh position and have an uphill task ahead with MS Dhoni-led Chennai Super Kings (CSK) waiting for them in their next fixture. RR's middle-order has struggled throughout the tournament and will need to step up their game against table-toppers (currently) CSK. Samson is expected to go ahead with the same XI that lost against RCB by seven wickets in Dubai. Openers Evin Lewis and Yashasvi Jaiswal will again aim to give their team a solid start against the likes of Harshal Patel and company.

Here are the players we feel might play for RR in their IPL 2021 clash against CSK:

Evin Lewis: Evin Lewis has had a stop and start IPL 2021, scoring 100 runs in three games so far. However, he gave a glimpse of what he could do against RCB as he scored 58 runs in 37 balls.

Yashasvi Jaiswal: The youngster has looked in good touch in patches, scoring 187 runs in 7 games. He stroked his way to 31 runs off only 22 balls against RCB but was unlucky not to go on and get a big score further.

Sanju Samson:Samson's lack of luck and success as captain hasn't come in the way of him scoring big runs for his team. He has amassed 452 runs in 11 matches this season.

Mahipal Lomror:Lomror, apart from one quick-fire knock, is yet to take this tournament by storm and hasn't yet performed to his fullest. In 4 matches, he has scored 94 runs and taken one wicket.

Liam Livingstone: Livingstone has been highly rated in this format of the game but his struggles against spin came to the forefront when Yuzvendra Chahal troubled him with turn off the surface and flight in the air.

Rahul Tewatia: Tewatia's form in the first and second phase of the tournament has been quite the opposite. In UAE, he hasn't been in the best of his form and has looked a bit rusty as well.

Riyan Parag: Parag has been a livewire in the field, as was on display when he ran out RCB skipper Virat Kohli in the last match. However, his batting and bowling form has been a topic of discussion this season.

Chris Morris:The slow nature of the pitches and the heat hasn't helped Morris showcase his all-round abilities. In 10 matches, he has 14 wickets and 67 runs.

Chetan Sakariya:Sakariya's 11 wickets in 11 games have helped RR get through difficult situations but will want their left-arm pacer to deliver more in crunch games.

Kartik Tyagi:Tyagi has been the find of IPL 2021 for RR. His death bowling and an increase in pace has troubled the best in this tournament.

Mustafizur Rahman:Rahman brings a complete package with his athletic fielding and impeccable lines and lengths during the start of the innings. He holds the key for the RR in the bowling department.