IPL 2021: Rohit Sharma and his daughter Samaira were clicked in an absolutely adorable, candid pose and Mumbai Indians called it their "cutest partnership." 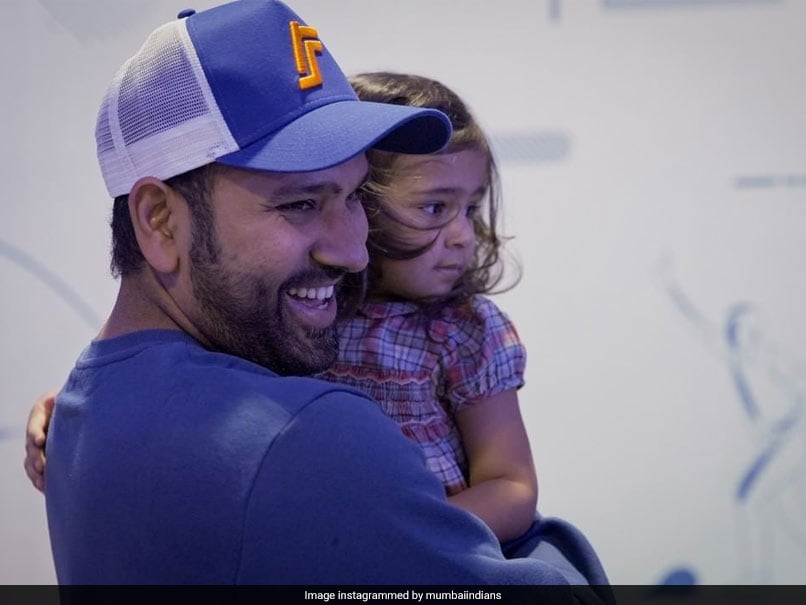 Mumbai Indians (MI) posted an adorable picture of skipper Rohit Sharma and his daughter Samaira and captioned it as "Our cutest partnership!" Rohit celebrated his 34th birthday on April 30 and he was seen cutting a birthday cake with his daughter. Rohit and his wife Ritika Sajdeh were blessed with their daughter in 2018, and Samaira has often featured in the couple's social media posts. Rohit's family is with him at the Indian Premier League bio-bubble in Delhi, where Mumbai Indians are based for the ongoing leg of matches.

Rohit's 34th birthday was made special by his wife Ritika, who posted an emotional message along with a picture that showed Rohit resting his head on Samaira's lap.

MI are placed fourth on the IPL points table with eight points from seven matches. They won a humdinger against Chennai Super Kings on Saturday, racing to their highest successful chase in the IPL of 219 runs.

Kieron Pollard starred with a magnificent 34-ball 87 not out to help MI overhaul CSK's 218 for 4 off the final ball of the match.

MI's next match is against the bottom-placed SunRisers Hyderabad in Delhi.

Rohit has been part of the team in all five of these title runs, and he has a sixth IPL title to his credit as well that he won in 2009 with Deccan Chargers.

Mumbai Indians Cricket IPL 2021
Get the latest updates on India vs South Africa and check out  Schedule, Results and Live Score. Like us on Facebook or follow us on Twitter for more sports updates. You can also download the NDTV Cricket app for Android or iOS.