IPL 2021: As Royal Challengers Bangalore shifted camps from Chennai to Mumbai, Mr Nags had a hilarious take on their season thus far and also made a suggestion that left the players bemused. 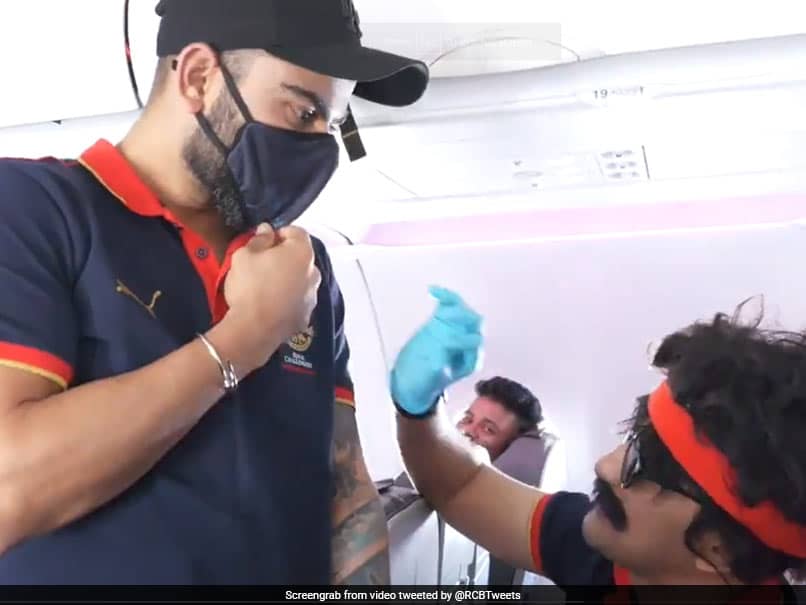 IPL 2021: Virat Kohli did not like Mr Nags suggestion after RCB won three games in a row.© Royal Challengers Bangalore/Twitter

On their way from Chennai to Mumbai Royal Challengers Bangalore (RCB) had an entertainer-cum-host on board in the airplane who summed up RCB's journey in the IPL so far and recalled how the captain is "used to" getting fined and RCB aren't used to the No. 1 position on the points table. On the aircraft with the team and support staff was comedian Danish Sait, who goes by the name "Mr Nags" as RCB presenter and host, and he took over a new role of a cabin crew member. "This flight time is 90 minutes. If we take more time than that, our captain will be fined. And he is used to it," said Mr Nags, referring to Virat Kohli being fined for slow over rates.

After ticking the right boxes in Chennai, Team RCB had to fly to Mumbai for the next leg of #IPL2021. Mr. Nags, however, had different ideas...

A few more gems were in store.

"In case of an emergency, please don't only depend on AB (de Villiers). You also do something," Mr Nags said plaintively.

"Helping you today is (Glenn) Maxwell, Shahbaz (Ahmed) and Harshal (Patel). I am sure they could also do with some help. So kindly, in Mumbai do that."

RCB are the only undefeated team in the tournament thus far and Mr Nags made sure everyone knew it as he suggested an alternate plan to travelling to Chennai.

"Virat, let's go to Bengaluru. We are No. 1. Let's leave it, finish it. This doesn't happen to us always, leave it," said Mr Nags, suggesting RCB move back home to Bengaluru and call time on IPL 2021.

"Just throw him from (the) flight," Kohli responded.

RCB will be seen in action next on Thursday when they take on Rajasthan Royals at Wankhede Stadium.