IPL 2021: AB de Villiers, who scored an unbeaten 76 for Royal Challengers Bangalore against Kolkata Knight Riders on Sunday, chatted with Yuzvendra Chahal after the match. 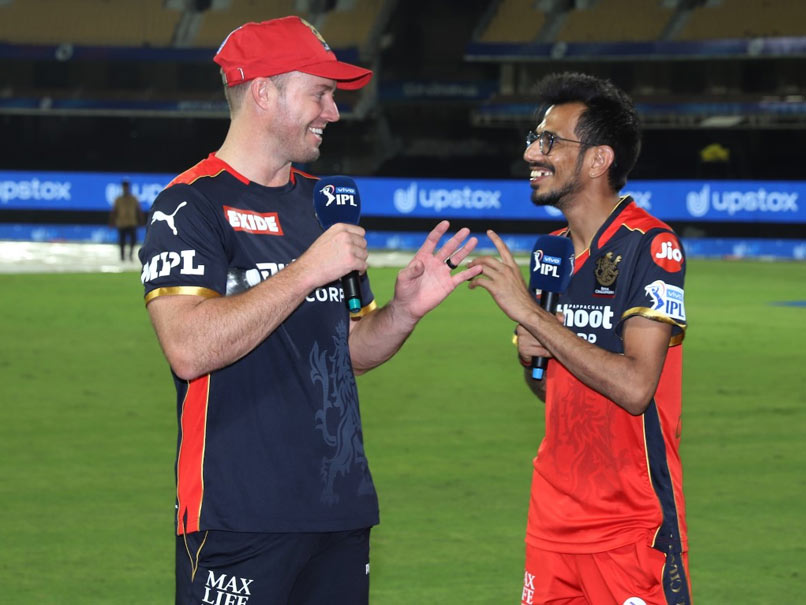 Royal Challengers Bangalore (RCB) batsman AB de Villiers said that he enjoys playing with Glenn Maxwell as both of them are similar kind of players who always want to have an impact on the game. Glenn Maxwell and AB de Villiers' knocks of 78 and 76 not out, respectively, were backed up by a spirited bowling performance as Royal Challengers Bangalore (RCB) defeated Kolkata Knight Riders (KKR) by 38 runs on Sunday at the MA Chidambaram Stadium. "I have worked really hard in the last few months. I did not expect to be playing really good cricket at the moment but I am very happy, I always give my best shot when I play for RCB," AB de Villiers told Yuzvendra Chahal in a video posted on the official website of IPL.

"It was a very hot day, we lost couple of wickets early but I am very happy that we came through. I laid out a good foundation and then their leg-spinner (Varun Chakravarthy) came on, I sensed he was bowling defensively and I realised that was my moment.

"When Russell came on, he was stuck with wide deliveries, I opened up and it put him under pressure.

"When I came out to bat, I realised Maxwell was tired and he told me that he does not want to run much. To be honest, we enjoy playing together. We are similar players with a lot of energy and we love having an impact for the team.

Andre Russell played a knock of 31 runs for KKR, but in the end, RCB managed to record their third victory in a row this season. This is the first time that RCB have managed to win their first three games in an IPL season.

Earlier, RCB were 9 for 2 in the second over, but Maxwell and de Villiers' knocks ensured that the side posted a total of 204 for 4.

Along with Maxwell and de Villiers, Devdutt Padikkal and Kyle Jamieson also played knocks of 25 and 11 respectively. For KKR, Varun Chakravarthy returned with two wickets.

AB de Villiers IPL 2021 Royal Challengers Bangalore vs Kolkata Knight Riders, Match 10 Cricket
Get the latest updates on ICC Women's Cricket World Cup 2022 and IPL 2022, check out the Schedule , Live Score and IPL Points Table. Like us on Facebook or follow us on Twitter for more sports updates. You can also download the NDTV Cricket app for Android or iOS.