IPL 2021, RCB vs KKR: The fans were treated to yet another Ab de Villiers batting masterclass as he blasted an unbeaten 76 off just 34 balls against Kolkata Knight Riders. 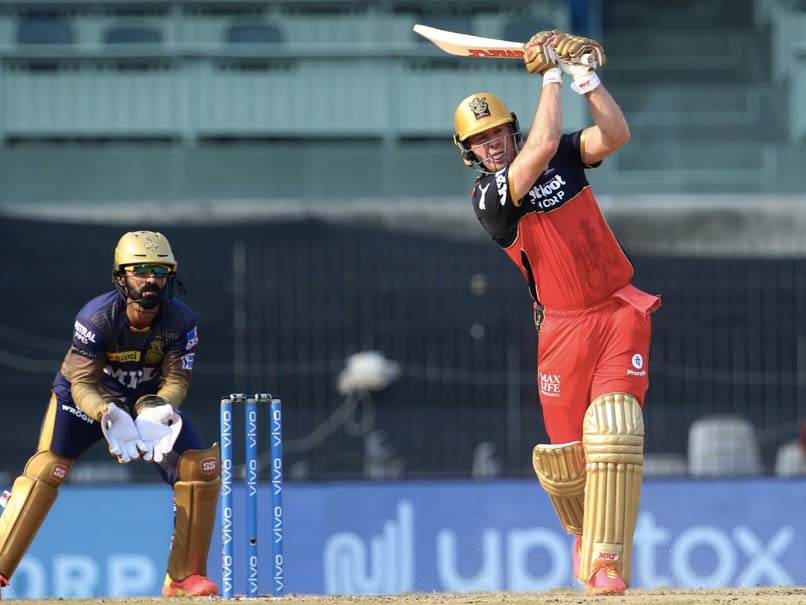 When AB de Villiers gets going, there no better sight on a cricket field. The fans were treated to yet another Ab de Villiers batting masterclass as he blasted 76 not out off just 34 balls against Kolkata Knight Riders (KKR) at the MA Chidambaram Stadium in Chennai on Sunday. Coming in to bat with scoreboard reading 91/3, de Villiers combined with Glenn Maxwelland played one of the most-glorious counter-attacking knocks, helping his side to a formidable total. Soon after his knock, the South African started trending on Twitter with fans and experts tipping their hat to his brilliant hitting.

If saving Kohli's Back is an Art ABD is Picasso of it #ABdeVilliers #RCBvKKR pic.twitter.com/pWkGgtwPVh

De Villiers retired from the international cricket but continues to play in the IPL and there were talks last year the he might consider coming out of retirement to play in the T20 World Cup. After watching him hit bowlers to all corners of the park on Sunday cricket commentators like Harsha Bhogle urged South Africa to find a way to play him in the T20 World Cup, scheduled to be held in India later this year.

"Can someone please talk to AB about playing in the World Cup? #Genius #ABdeVilliers #IPL2021," tweeted Isa Guha.

Can someone please talk to AB about playing in the World Cup? #Genius #ABdeVilliers #IPL2021

"Surely South Africa, you have to find a way to play @ABdeVilliers17 in the #T20WorldCup. Surely,"  Harsha Bhogle tweeted.

Surely South Africa, you have to find a way to play @ABdeVilliers17 in the #T20WorldCup. Surely.

After opting to bat, RCB got off to a terrible start when Varun Chakravarthy got rid of Virat Kohli and Rajat Patidar in the second over of the innings.

Continuing with his fine form, Glenn Maxwell steadied the RCB innings with a well-compiled fifty -- his second in three outings this season. However, such was the impact of de Villiers' knock that it overshadowed Maxwell's brilliant knock of 78 off 49 balls.

MA Chidambaram Stadium, Chennai IPL 2021 Cricket Royal Challengers Bangalore vs Kolkata Knight Riders, Match 10
Get the latest updates on ICC T20 Worldcup 2022 and CWG 2022 check out the Schedule, Live Score and Medals Tally. Like us on Facebook or follow us on Twitter for more sports updates. You can also download the NDTV Cricket app for Android or iOS.