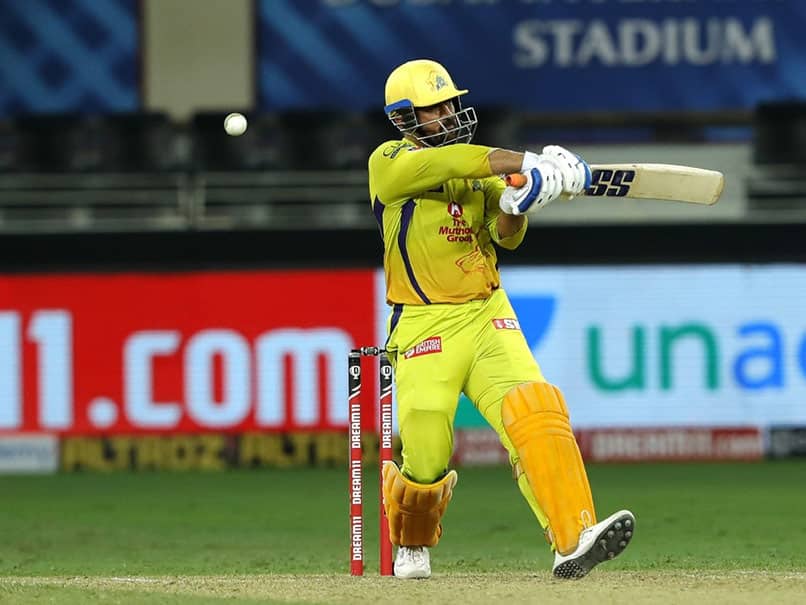 IPL 2021: MS Dhoni failed with the bat in their opening match against Delhi Capitals.© BCCI/IPL

Former India batsman Gautam Gambhir feels that Chennai Super Kings (CSK) skipper MS Dhoni should bat at number four or five and not below that for his side. Dhoni generally comes in to bat at number 7 and in the first game against Delhi Capitals he failed to get going and got out for a two-ball duck. CSK lost the game by seven wickets despite setting challenging total of189 runs as Shikhar Dhawan (85) and Prithvi Shaw (72) provided a flying start to the side, adding 138 runs for the opening wicket.

Speaking on Star Sports show Cricket Live, Gambhir said, "MS Dhoni should be batting higher, that's what matters because ultimately people should start leading from the front. We keep mentioning this thing that a leader needs to lead from the front. You can't be leading, when you're batting at No.7. Yes, there are issues in their bowling line up."

Gautam further added that Dhoni is not as attacking as he used to be and it is better for him to bat up in the order and set his eyes on the ball.

"Plus, he is not the MS Dhoni, which he used to be probably four or five years back, where he could just come in and start taking on the bowlers from the word go. For me, I think he needs to bat at number four/ five. Nothing below that," Gambhir said.

CSK will take on Punjab Kings at the Wankhede Stadium on Friday.

Gautam Gambhir IPL 2021 Punjab Kings vs Chennai Super Kings, Match 8 Cricket
Get the latest updates on IPL 2021, IPL Points Table , IPL Schedule 2021 , live score . Like us on Facebook or follow us on Twitter for more sports updates. You can also download the NDTV Cricket app for Android or iOS.