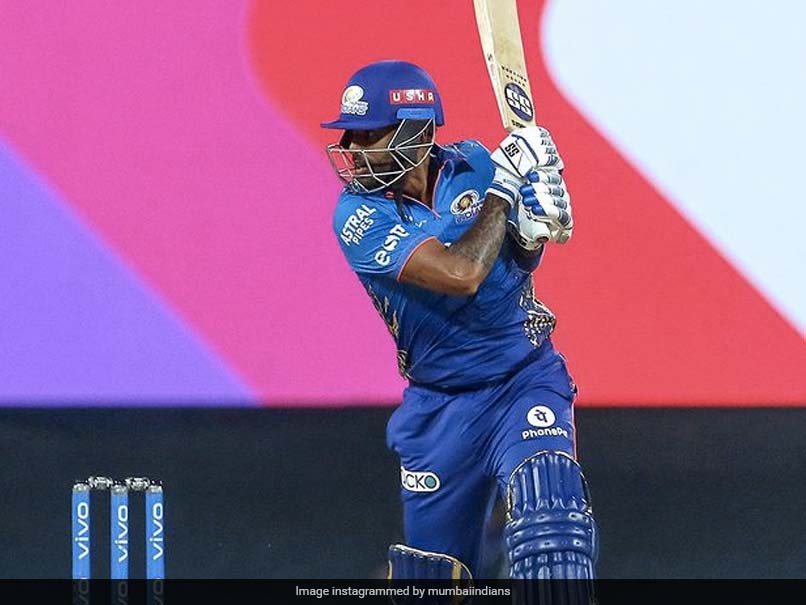 MI vs SRH: Suryakumar Yadav has put in a fine start to his campaign in the ongoing IPL 2021 season.© Instagram

Defending champions Mumbai Indians (MI) are set to face SunRisers Hyderabad (SRH) in Match 9 of the ongoing Indian Premier League (IPL) 2021 at the MA Chidambaram Stadium on Saturday. MI have played in two fixtures this season. They lost to Royal Challengers Bangalore (RCB) in the season opener but followed it with a win against Kolkata Knight Riders (KKR). On the other hand, SRH have had a poor start to this season and haven't registered a win yet. The David Warner-led side crashed to defeats against KKR and RCB. SRH is the only team in the tournament that is yet to register any points against their name.

Suryakumar Yadav (9.5 credits): Suryakumar Yadav has started strongly in IPL 2021 and with another good IPL season he will put himself in contention as one of India's mainstays for the upcoming T20 World Cup. In MI's season opener against RCB, the India international scored 31 runs off 23 balls with 4 fours and a six. Although MI lost the contest, Suryakumar was his side's second-highest run-scorer in that fixture. He followed it up with a fine half-century against KKR and helped his side win by 10 runs. He slammed 56 off 36 balls, packed with 7 fours and 2 sixes.

Jason Holder (9 credits):West Indies all-rounder Jason Holder was a late acquisition by SunRisers Hyderabad (SRH) last season, and he made sure to leave his mark in the playoffs with some good returns. Holder has played in only one match until now - against RCB on Wednesday. The 29-year-old took three wickets in four overs and conceded 30 runs. He accounted for Virat Kohli, Glenn Maxwell and Kyle Jamieson. Although he had a poor outing with the bat (4 runs off 5 balls), Holder's all-round capabilities make him a good acquisition in fantasy cricket and could fetch plenty of points.

Trent Boult (9 credits):The New Zealand pacer is MI's leading bowler along with Jasprit Bumrah. Trent Boult has played in both matches for Mumbai thus far and he has taken three wickets from eight overs and has conceded 63 runs. Boult's ability to take wickets in the early stages as well as at the death makes him a star attraction for Saturday's match.

Trent Boult IPL 2021 Mumbai Indians vs Sunrisers Hyderabad, Match 9 Cricket
Get the latest updates on IPL 2021, check out the IPL 2021 Schedule and Indian Premier League Live Score . Like us on Facebook or follow us on Twitter for more sports updates. You can also download the NDTV Cricket app for Android or iOS.