MI vs RR, IPL 2021: Rohit Sharma's consistency and Chris Morris' all-round skills can fetch you some big points in fantasy cricket when Mumbai Indians take on Rajasthan Royals on Thursday. 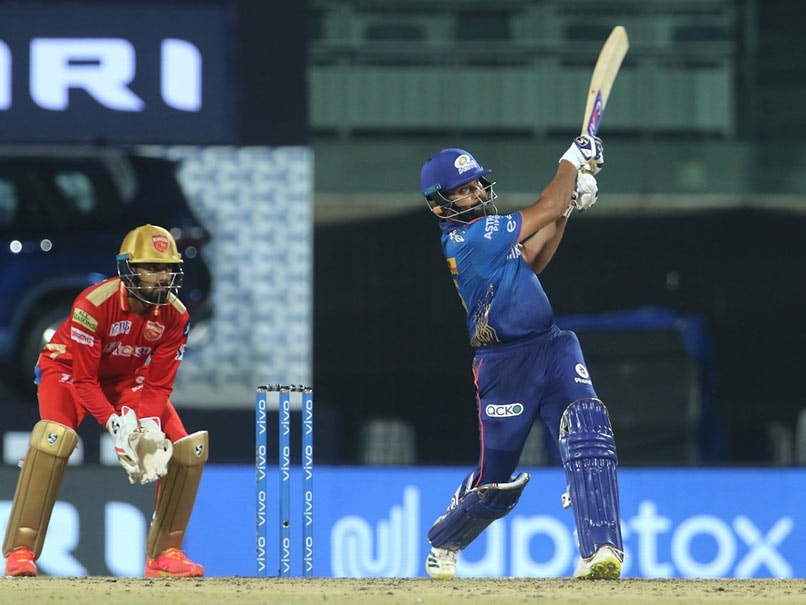 MI vs RR: Rohit Sharma will look to lead from the front when MI take on RR in IPL 2021.© BCCI/IPL

Mumbai Indianswill look to get back to winning ways when they take on Rajasthan Royals (RR) in the Indian Premier League (IPL) 2021 match 24 on Thursday. In the first game of the double-header Rohit Sharma's side will be up against a confident Rajasthan outfit, who are fresh of a convincing win over Kolkata Knight Riders. Mumbai Indians are lacking consistency in their middle order in this season and the likes of Hardik Pandya, Kieron Pollard and Krunal Pandya need to come good for Mumbai in a bid to turn their season around. On the other hand, Rajasthan are jolted by injuries to their marquee players as Ben Stokes and Jofra Archer were ruled out of the tournament and Liam Livingstone and Andrew Tye pulled out due to personal reasons. However, Chris Morris, the most expensive signing in IPL's history, has delivered for RR and they will be hoping that the South African all-rounder continues his good form when they face the defending champions in Delhi.

Sanju Samson (Credits 9.5): The Rajasthan Royals skipper already has a century next to his name and has been in fine form so far in IPL 2021. With Quinton de Kock not firing, Samson is an automatic selection in any fantasy team.

The Kerala batsman is averaging over 45 this season and has a strike-rate of over 143.

Rohit Sharma (Credits 10.5): The defending champions might be facing some challenges with their batting but not Rohit Sharma.

The MI skipper has scored over 200 runs in five matches so far and if Rohit continues with the same consistency, he can fetch you big points.

Hardik Pandya (Credits 8.5): Hardik is due for a big score in this year's IPL and the all-rounder will be looking to put in a notable contribution with the bat when MI take on RR.

On his day, Hardik can take down any bowling attack and he will enjoy the short boundaries in Delhi when MI face Rajasthan.

Chris Morris (Credits 9.5): Morris, the most expensive buy in IPL's history, has proved why so many teams were after him in the players auction by delivering with both bat and ball for Rajasthan. Morris has picked up nine wickets and scored a match-winning 36 off 18 balls against Delhi Capitals.

The South Africa all-rounder has 351 fantasy points next to his name and is a definite pick for your fantasy team.

Chris Morris IPL 2021 Cricket Mumbai Indians vs Rajasthan Royals, Match 24
Get the latest updates on SA vs IND 2021-22, check out the Schedule and Live Score . Like us on Facebook or follow us on Twitter for more sports updates. You can also download the NDTV Cricket app for Android or iOS.