IPL 2021: While Jasprit Bumrah's unorthodox action is difficult to imitate, Rajasthan Royals leg-spinner Shreays Gopal says that he imitates his action better that the fast bowler himself. 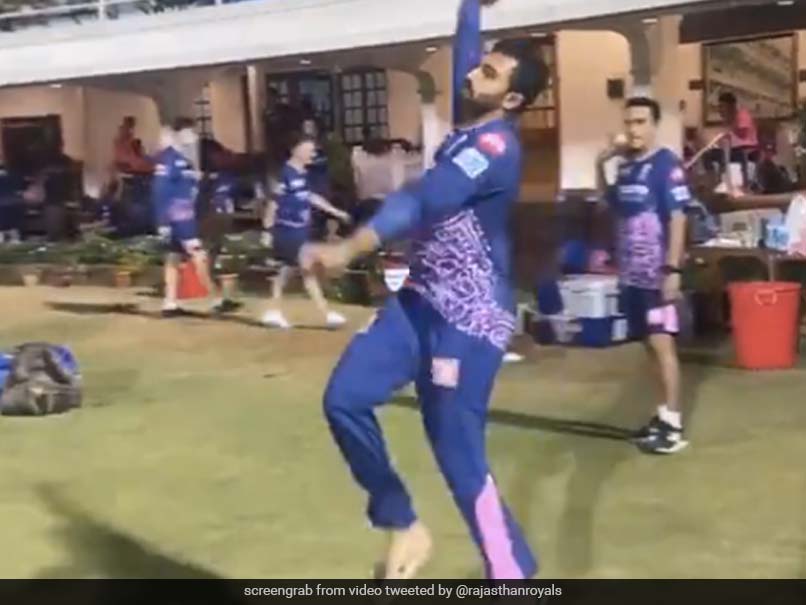 Jasprit Bumrah's unconventional bowling action is an enigma in itself. While his unorthodox action is difficult to imitate, Rajasthan Royals leg-spinner Shreays Gopal claims that he imitates Bumrah's action better that the fast bowler himself. In a video tweeted by his IPL franchise Rajasthan Royals, Gopal can be seen mimicking bowling actions of Ravichandran Ashwin, Harbhajan Singh and Jasprit Bumrah, and to his credit he does a great job at all three, especially Bumrah. Bragging about how well he copies the Mumbai Indians fast bowler's action, Shreyas Gopal said even Bumrah has told him that he imitates it better than him.

"I have shown it to Bumrah himself.. And he's said I imitate him better than he does it himself," Shreyas Gopal, says in the video tweeted by Rajasthan Royals.

Shreyas Gopal has featured in only game for Rajasthan Royals in the IPL 2021so far where he conceded 40 runs and failed to pick up any wicket. Gopal played 14 matches for RR last year and picked up 10 wickets.

Rajasthan Royals, despite putting some decent performances, have struggled for wins this season, only managing one in three matches.

Rajasthan Royals lost to Punjab Kings by four runs in their opening match but bounced back strongly to beat last year's runners-up Delhi Capitals by three wickets. After losing to Chennai Super Kings45 runs in their previous game, they are currently second from bottom on the points table, with only two points under their belt.

Rajasthan Royals will face second-placed Royal Challengers Bangalore in their next fixture on Thursday, who are the only unbeaten side in the tournament so far.

Ravichandran Ashwin Harbhajan Singh
Get the latest updates on IPL Auction 2023 and check out  IPL 2023 and Live Cricket Score. Like us on Facebook or follow us on Twitter for more sports updates. You can also download the NDTV Cricket app for Android or iOS.