IPL Auction 2021: Players Kings XI Punjab Can Splash Money On In This Auction

IPL 2021 Auction: Kings XI Punjab go into the auction with the biggest purse of Rs 53.20 crore after having released several key marquee players like Glenn Maxwell and Sheldon Cottrell. 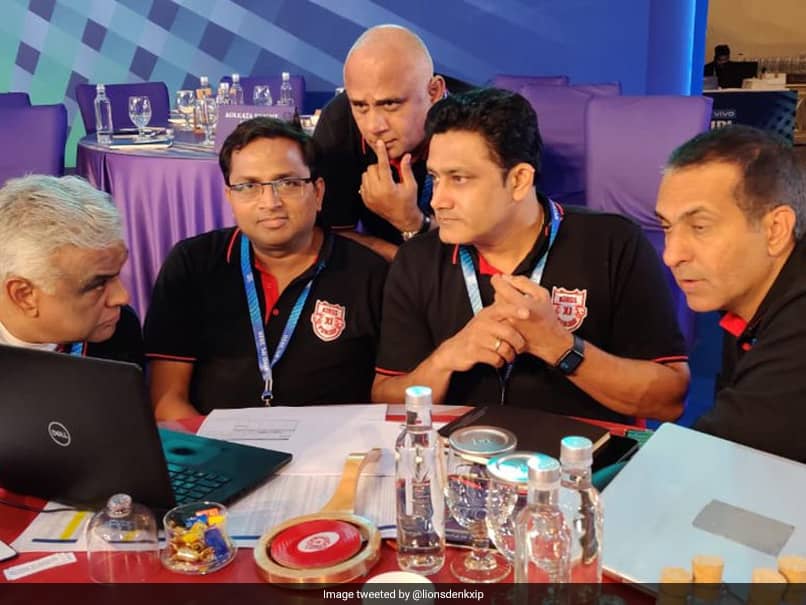 Kings XI Punjab (KXIP) were one of the standout teams in last year's Indian Premier League (IPL) as they bounced back from a poor start and made other teams scratch their heads towards the business end of the tournament. Despite that, KXIP paid the price for their inconsistency as they finished sixth on the points table with 12 points. Ahead of this year's auction, KXIP have released some of their marquee signing from last season as they look to bolster their squad for the upcoming season. Glenn Maxwell, who failed to impress despite playing majority of their games last season, has been released, while Afghanistan spinner Mujeeb Ur Rahman, West Indies fast bowlers Sheldon Cottrell and New Zealand all-rounder Jimmy Neesham have all been shown the exit door. After releasing such big-ticket players, KXIP are likely to go big in the auction as they have the biggest purse of Rs 53.20 crore.

KXIP skipper KL Rahul was one of the standout performers for his side opening the innings. He along with fellow opener Mayank Agarwal gave their side some solid starts, hence they don't have much to worry in this department. In case of an injury, they also have one of the finest T20 batsman of all-time in Chris Gayle as a back-up opener. Mandeep Singh who was promoted up the order to open the innings is another likely option to fill in if need be. England opener Alex Hales, who had a terrific season in the just-concluded BBL 10, can be a likely fit if they choose to go in with an explosive opener to partner with KL Rahul.

With Glenn Maxwell's ousting, KXIP will surely look for an overseas player that can provide them with the solidity they lacked in the last edition which makes Bangladesh all-rounder Shakib Al Hasan a perfect fit. Shakib can serve the dual role in the side with both bat and ball. Australia's Steve Smith, who captained Rajasthan Royals last season, can be another solid pick for the side and without the burden of captaincy he can possibly bat more freely and lend the team the desired solidity in the middle-order.

The rise of young leg-spinner Ravi Bishnoi in the side during last year's edition meant one less worry for the team in the spin department. However, they would still like to bolster their spin attack especially after having released both Mujeeb and Krishnappa Gowtham. Harbhajan Singh representing KXIP is a mouth-watering prospect for the franchise and their fan base in Punjab. With Anil Kumble at the helm and the rapport he shares with Harbhajan from their playing days is another factor that can make this happen. Also, Harbhajan's experience and outstanding IPL record will certainly help young spinners like Ravi Bishnoi and Murugan Ashwin.

Cottrell was one of their marquee picks and he played majority of their games, blowing hot and cold throughout the season. Mohammed Shami and Arshdeep Singh are almost certain of a place in the starting line-up and the side would certainly look to splash cash for the services of an overseas fast bowler to strengthen their fast-bowling department. England's Mark Wood, known for his express pace, can be a good pick, with Australia's Jhye Richardson and New Zealand's Adam Milne also in the fray.

Mujeeb Ur Rahman IPL 2021 Cricket IPL Auction 2021
Get the latest updates on IPL 2021, IPL Points Table , IPL Schedule 2021 , live score . Like us on Facebook or follow us on Twitter for more sports updates. You can also download the NDTV Cricket app for Android or iOS.