IPL 2021: With the new Indian Premier League season set to begin from April 9, David Warner will be aiming to lead SunRisers Hyderabad (SRH) to another final. 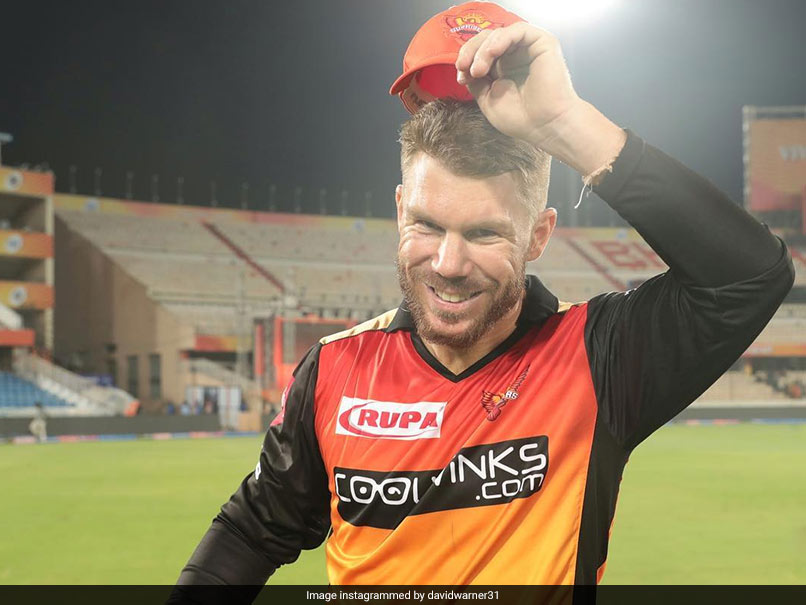 IPL 2021: David Warner will be hoping to lead SunRisers Hyderabad (SRH) to another final.© Instagram

SunRisers Hyderabad (SRH) captain David Warner took to Instagram to reveal his ambitions of reaching another Indian Premier League (IPL) final. Sharing a highlights montage video of his IPL career, Warner also opened up about his excitement of getting back to India for the T20 franchise tournament. Sharing a video made by a cricket fan, the Australian cricketer wrote, "Thanks for these highlights @ha_ve_faith_inme . It would be great to be able to make the finals again, but there is a lot of hard work beforehand to get there. I can't wait to get back to India for the @iplt20 @sunrisershyd #cricket #india".

Known for his funny social media posts, Warner is a regular user of Instagram and has a huge fan base.

The Australian batsman captained SRH to their only IPL title in 2016. SRH defeated Royal Challengers Bangalore (RCB) by eight runs, with Warner slamming 69 runs off 38 balls. The match also saw Chris Gayle (76) and Virat Kohli (54) put in a good effort, but they couldn't prevent a defeat for RCB.

During IPL 2020 at the United Arab Emirates (UAE), SRH finished in third position in the league table in dramatic manner after seven wins and seven defeats. They lost to Delhi Capitals (DC) in the Qualifier.

IPL 2021 is set to begin from April 9, with defending champions Mumbai Indians to play Royal Challengers Bangalore (RCB) in the season opener. Meanwhile, SRH are scheduled to play their first match on April 11, against Kolkata Knight Riders (KKR).

David Warner IPL 2021 Cricket
Get the latest updates on India vs South Africa and check out  Schedule, Results and Live Score. Like us on Facebook or follow us on Twitter for more sports updates. You can also download the NDTV Cricket app for Android or iOS.