IPL 2021, RCB vs KKR: Harshal Patel dismissed Shubman Gill and Venkatesh Iyer to take his tally to 32 wickets this season. 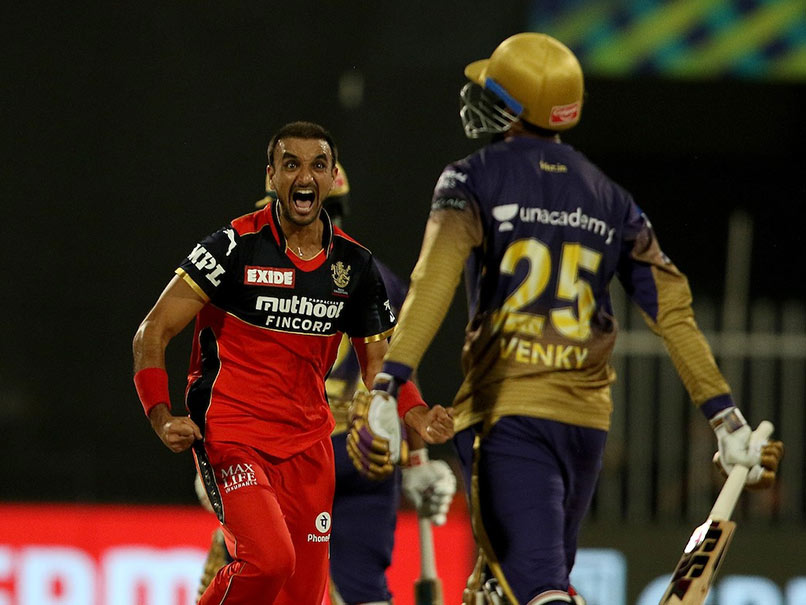 Despite failing to help Royal Challengers Bangalore (RCB) defeat Kolkata Knight Riders (KKR) in the Eliminator of the ongoing Indian Premier League (IPL) 2021, Harshal Patel ended his campaign with another milestone. The RCB bowler picked up his 32nd wicket of the season and equalled Dwayne Bravo's record of most wickets in a single IPL campaign. The Chennai Super Kings (CSK) all-rounder had taken 32 wickets in 2013. Harshal dismissed KKR opener Shubman Gill for his 31st wicket of the season. Then, he followed it up by sending Venkatesh Iyer back to the pavilion for his 32nd wicket of the campaign.

Finishing the season with 32 wickets, Harshal could have broken Bravo's record and taken his 33rd scalp but a mis-hit shot by Sunil Narine off his bowling, was dropped by Devdutt Padikkal.

The 30-year-old, who was drafted into the RCB side as a transfer from Delhi Capitals, had a record-breaking season. He broke the record for most wickets by an uncapped player in one IPL season. He also shattered Jasprit Bumrah's record of most wickets by an Indian bowler in a single season in the T20 league.

Bumrah had taken 27 wickets in the previous edition of the tournament. His 30 wickets before this game is also the most by a bowler in the league phase of a single IPL season.

Chasing a target of 139, KKR scored 139 for six in 19.4 overs. Openers Gill and Iyer gave KKR a strong start before getting dismissed by Harshal. Gill scored 29 off 18 balls and Iyer hit 26 off 30 deliveries.

It was after the arrival of Sunil Narine, that KKR accelerated their chase. The Caribbean cricketer smacked 26 off 15 balls packed with three sixes.

Other than Harshal, Yuzvendra Chahal and Mohammed Siraj were also in good bowling form for RCB, taking two wickets each.

Initially, RCB captain Virat Kohli had won the toss and elected to bat. Kohli scored 39 in 33 balls as RCB posted 138 for seven in 20 overs. Narine was in hot bowling form for KKR, taking four wickets.

Dwayne Bravo Royal Challengers Bangalore vs Kolkata Knight Riders, Eliminator Cricket
Get the latest updates on IND vs NZ 2021, check out the Schedule and Live Score . Like us on Facebook or follow us on Twitter for more sports updates. You can also download the NDTV Cricket app for Android or iOS.