IPL 2021 Eliminator: Kolkata Knight Riders would be tempted to include all-rounder Andre Russell in the knockout game against Royal Challengers Bangalore but who makes way for the West Indian? 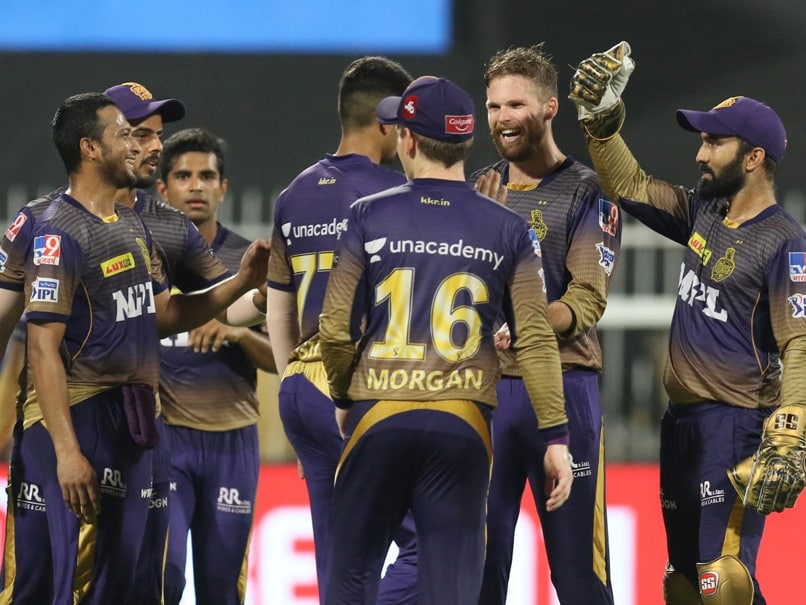 IPL 2021: KKR will face RCB in the eliminator today.© BCCI/IPL

Kolkata Knight Riders blew away Rajasthan Royals in their final league game of the ongoingIndian Premier League (IPL) to seal a place in the playoffs of the T20 tournament. Thanks to their big 86-run win over Rajasthan, KKR's net run-rate went beyond the reach of defending champions Mumbai Indians. The five-time IPL champions finished on same points as the Eoin Morgan-led side but missed out on a place in the playoffs due to inferior net run-rate. KKR will now face Virat Kohli's Royal Challengers Bangalore in the eliminator on Monday in Sharjah. While KKR produced a near perfect display in their final league game, they would be tempted to include Andre Russell in the XI, if the West Indian is fit enough to take the field.

Here are the players we feel KKR will trust in the eliminator to deliver the goods:

Venkatesh Iyer: The left-handed all-rounder has played a pivotal role in KKR qualifying for the playoffs. Venkatesh Iyer has scored 239 runs in seven games for KKR this season and picked up three wickets as well.

Shubman Gill: The young opening batter has been in fine touch, scoring 352 runs in the tournament so far. Only Rahul Tripathi has scored more runs than Gill and he will be looking to provide a good start in the eliminator against RCB.

Rahul Tripathi: Rahul Tripathi has been KKR's man-in-form in the UAE leg of the IPL 2021. Leading the run-scorers chart for KKR with 377 runs at a strike-rate of 142.80, he will be hoping to continue his form.

Nitish Rana: Indian batters have done bulk of the scoring for KKR this season and Nitish Rana has been an integral part of their top-order. The left-handed batter is known to take on the spinners and KKR will need that in the knockout game against the likes of Yuzvendra Chahal and Shahbaz Ahmed.

Dinesh Karthik: The wicketkeeper-batter has played the role of a finisher in the absence of Andre Russell in the tournament and KKR will rely on him to provide some quick runs towards the backend of the innings.

Eoin Morgan: The England international has not performed as well as he would've liked to in this season, and he will be eager to score big in the knockout game against RCB.

Andre Russell: David Hussey, KKR's chief mentor, hinted that Russell is likely to take the field in the eliminator and if he is fit, the explosive all-rounder is likely to replace his countryman Sunil Narine in the XI.

Shakib Al Hasan: One of the leading all-rounders in world cricket, Shakib's inclusion in the XI has given KKR the much-needed balance in the middle. He will look to continue the form he has shown since being named in the XI.

Shivam Mavi: The Indian pacer has been rapid and on target for KKR in the recent few outings and will look to provide early breakthroughs in the knockout game vs RCB.

Lockie Ferguson:The New Zealand quick is one of the fastest bowler on display in this year's IPL. He will pose a challenge to Virat Kohli and other RCB batsmen.