Kolkata Knight Riders are back in the race for top four after a thumping win over Royal Challengers Bangalore in Abu Dhabi on Monday. 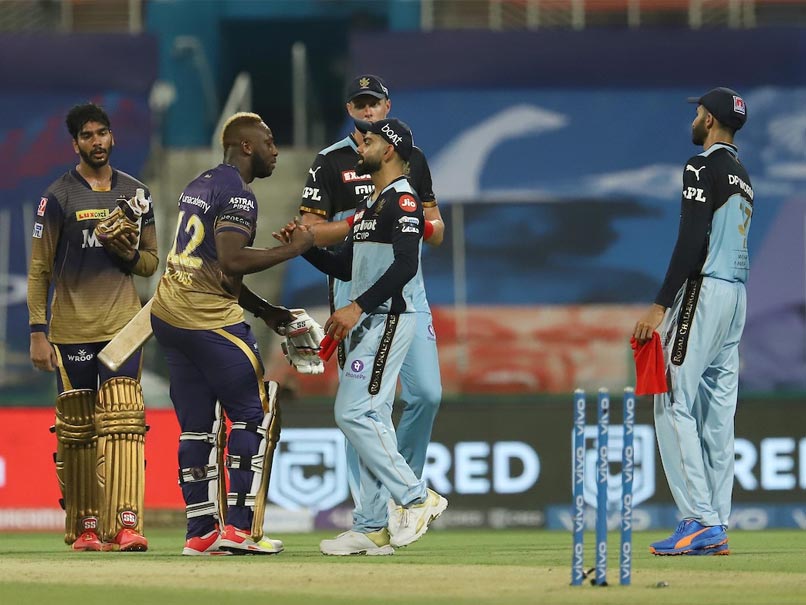 Kolkata Knight Riders (KKR) produced a clinical performance as they beat Royal Challengers Bangalore (RCB) by nine wickets in match 31 of the Indian Premier League (IPL) 2021 on Monday. With the win, KKR are back in contention in the race for top four while RCB's net run-rate took a hammering after a heavy defeat. On Tuesday, Punjab Kings and Rajasthan Royals will go head-to-head and the winner of that contest will go level on eight points with Mumbai Indians.

KKR's thumping win helped them move up to fifth spot on the points table, it was only their third win in the ongoing IPL 2021.

RCB remain at third spot but their net run-rate took a hammering as KKR chased down the 93-run target with 10 overs to spare.

CSK, with a win over defending champions Mumbai Indians on Sunday, are leading the points table with 12 points.

Delhi Capitals too have 12 points from eight matches but they are behind CSK due to an inferior net run-rate.

Mumbai Indians are fourth while Rajasthan Royals and Punjab Kings are sixth and seventh on the list.

SunRisers Hyderabad are languishing at the bottom with just one win out of seven games in IPL 2021.

A low scoring encounter in Abu Dhabi on Monday meant there is no major change in the list of top-scorers in this year's IPL.

Shikhar Dhawan is still leading the Orange Cap race with 380 runs from eight matches while KL Rahul (331) and Faf du Plessis (320) are second and third on the list.

Varun Chakravarthy and Andre Russell picked up three wickets each and both are tied at fifth spot with 10 wickets apiece so far in the tournament.

Delhi Capitals' Avesh Khan and Rajasthan Royals' Chris Morris are tied at second spot with 14 wickets each in the IPL 2021 so far.