During a pre-match press conference, Mumbai Indians pacer Trent Boult said that the aim of the franchise remains to keep skipper Rohit Sharma fit looking at the amount of cricket coming up. 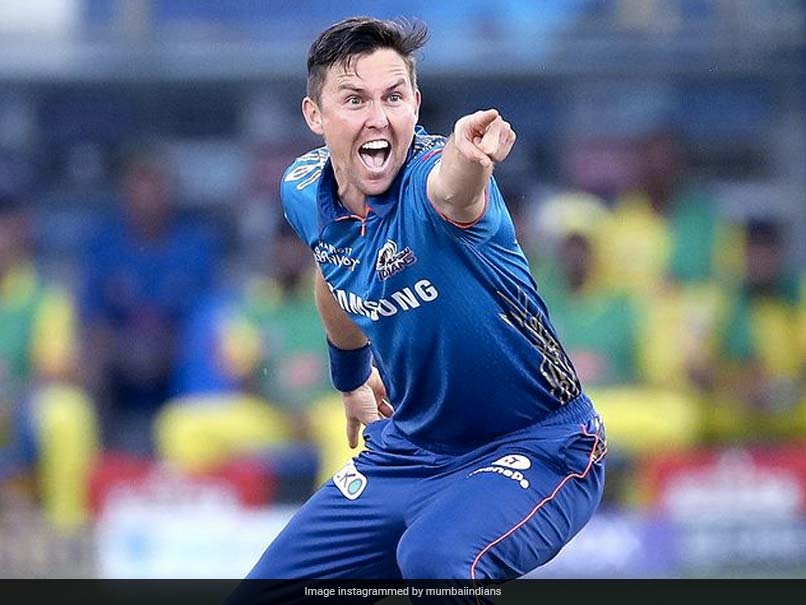 IPL 2021: Trent Boult took two wickets vs CSK in a losing cause.© Instagram

Mumbai Indians pacer Trent Boult on Wednesday said the aim of the franchise remains that skipper Rohit Sharma remains fit looking at the amount of cricket coming up. Mumbai had suffered a defeat at the hands of Chennai Super Kings (CSK) on Sunday and the Rohit Sharma-led outfit is at the fourth spot with eight points from eight games. The side will next take on Kolkata Knight Riders (KKR) on Thursday. "Every game is such a big game, every match is important now. But history is history, it is nice to have good results in our bag against KKR. They are a quality side. We would not take them lightly. Varun Chakravarthy is a quality bowler, I hope I do not face him being a number eleven, yeah I think more importantly it is about batting unit of Mumbai putting a good performance and stack up scores," said Boult during a pre-match press conference.

When asked about fitness update on Rohit Sharma and Hardik Pandya, Boult said, "They are both recovering well, in terms of their selection for the next game, I am not too sure. It was a bit of a precautionary move to rest them."

While replying to an ANI query about whether stand-in skipper Kieron Pollard could have brought in Boult or Jasprit Bumrah into the attack when Ravindra Jadeja had just walked in against Mumbai in the last game, Boult said, "I am not too sure. Pollard captains really well. It is just the nature of the game and the format. Partnerships are built and platforms are set. They played nicely to get into a position to counter-attack at the end."

"It was disappointing to give CSK momentum at the halfway mark but it is something we will address and look to tidy up in that department," he added.

The Kiwi pacer also said that the IPL will give a perfect chance to everyone to get used to the conditions ahead of the upcoming T20 World Cup.

"Yeah, 100 per cent. You could probably not have any better build-up to a tournament like the T20 World Cup. The focus is on what's on for the next couple of weeks, but in terms of preparation, it is very good. Conditions can change quickly but having to deal with the heat and humidity is a big challenge at this stage. It is going to be interesting to see conditions move over the course of the next few weeks," said Boult.

When asked how much the franchise missed the captaincy of Rohit in the game against CSK, Boult said, "He was sorely missed. He is right up there in terms of experience and runs achieved in this format. So, it was a big hole but it was a good decision to make sure he is 100 per cent with the amount of cricket coming up. If he comes to the eleven tomorrow, it will be great but we want to make sure he is 100 per cent fit."

"Yeah, there is a lot of exciting talent coming through India. They have good quality bowlers, it is amazing and it is due to a lot of boys' success in the last IPL seasons. Yeah, it is looking really positive for Indian cricket," he added.

Kieron Pollard IPL 2021 Cricket
Get the latest updates on IPL 2021, check out the IPL 2021 Schedule and Indian Premier League Live Score . Like us on Facebook or follow us on Twitter for more sports updates. You can also download the NDTV Cricket app for Android or iOS.