IPL 2021: Gautam Gambhir Explains How Virat Kohli And Glenn Maxwell Have Complemented Each Other

IPL 2021: Former Indian Premier League winning captain Gautam Gambhir pointed out that Virat Kohli was relying on his natural game a lot more in IPL 2021, which has mostly paid off looking at the position RCB are in currently. 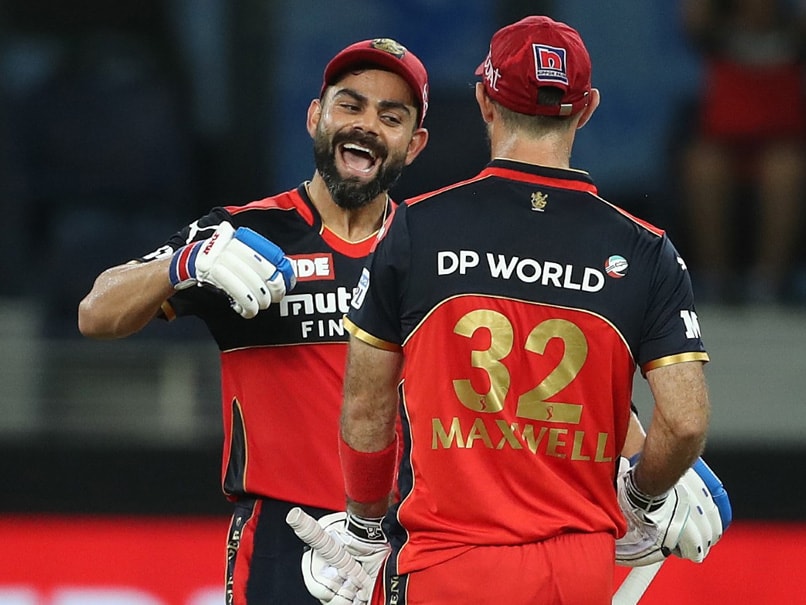 Two times Indian Premier League (IPL) winning captain Gautam Gambhir has spoken about the role Virat Kohli has taken up for his franchise. Gambhir gave his view on why the talismanic Royal Challengers Bangalore (RCB) skipper and opening batter, Virat Kohli slowed down the pace of scoring in the middle overs after getting his side to decent starts at the top of the order. Talking to ESPNcricinfo, Gambhir discussed Kohli's natural playing style which helped the likes of AB de Villiers and Glenn Maxwell change gears in the later stages of an innings.

"The reason is probably Glenn Maxwell and AB de Villiers. Virat Kohli feels that those two can actually accelerate in the second half of the innings as well, so he can play that anchor role which he has done really well whenever he has anchored the innings whether in 50 overs or T20 cricket and that's not his natural game either," Gambhir opined.

Gambhir also pointed out that Kohli was relying on his natural game a lot more in IPL 2021, which has mostly paid off looking at the position RCB are in currently.

"So, that's the reason why he is more successful when he opens the batting so that he can use the first six overs and probably get the momentum on his side and continue batting after six overs and someone else from the other end can actually accelerate. But that's his natural game, but if goes out of his natural game, then it could be really hard for him to score a lot of runs because he doesn't have the same power or skill as De Villiers or for that matter, even Maxwell," Gambhir added.

With 8 wins from 12 games, RCB are in the playoffs in IPL 2021. They will face SunRisers Hyderabad (SRH) today.

Glenn Maxwell IPL 2021 Cricket
Get the latest updates on SA vs IND 2021-22, check out the Schedule and Live Score . Like us on Facebook or follow us on Twitter for more sports updates. You can also download the NDTV Cricket app for Android or iOS.