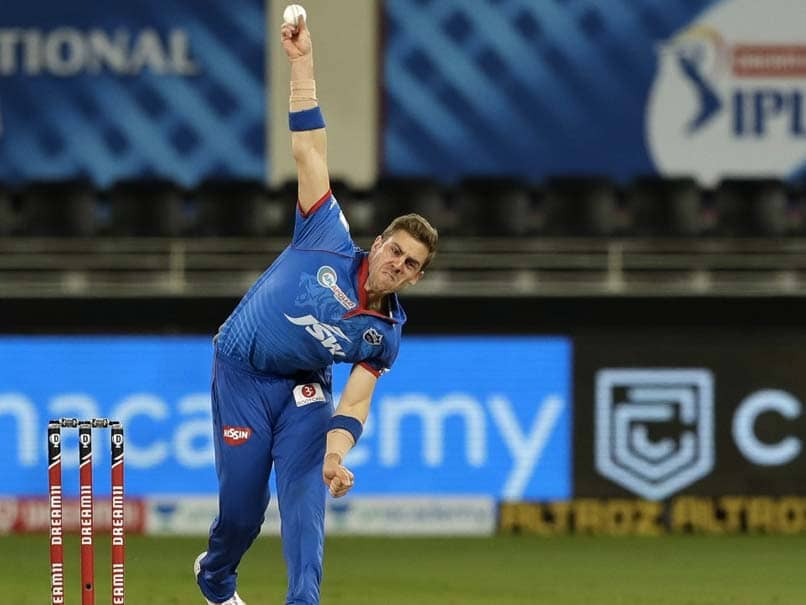 Delhi Capitals fast bowler Anrich Nortje of South Africa has tested positive for COVID-19. Nortje, missed the franchise's opening game against Chennai Super Kings (CSK), which they won by seven wickets. Nortje, along with countryman Kagiso Rabada, had arrived in Mumbai on April 6 after leaving the ODI series against Pakistan mid-way. But the duo missed Delhi Capitals' opening match against CSK on April 10 as they were still in a mandatory quarantine of seven days. Delhi Capitals didn't feel their absence as they registered a comprehensive seven-wicket victory over the three-time champions in their opening match.

Before leaving for India for the IPL, Nortje was on fire in the ODI series against Pakistan. In the two matches that he played, he picked up a total of seven wickets. In the first ODI in Centurion, Nortje returned with the figures of 4/51, while added three more wickets to his tally in the next match, conceding 63 runs in a high-scoring encounter in Johannesburg.

The South Africa pacer came in as a replacement for Chris Woakes, who had pulled out of the tournament to keep himself fit for the international summer. Nortje, who was with Kolkata Knight Riders the previous season but didn't play a match,  impressed one and all with his raw pace and bounce and formed a lethal partnership with fellow countryman Kagiso Rabada.

Nortje was one of standout performers for the Delhi-based franchise last year, picking up 22 wickets from 16 matches. He also broke the record of the fastest delivery in the history of IPL, clocking a speed of 156.22 km/h during a league match against Rajasthan Royals in the last edition.

South Africa Cricket Team Anrich Nortje Cricket IPL 2021
Get the latest updates on IPL 2021, IPL Points Table , IPL Schedule 2021 , live score . Like us on Facebook or follow us on Twitter for more sports updates. You can also download the NDTV Cricket app for Android or iOS.