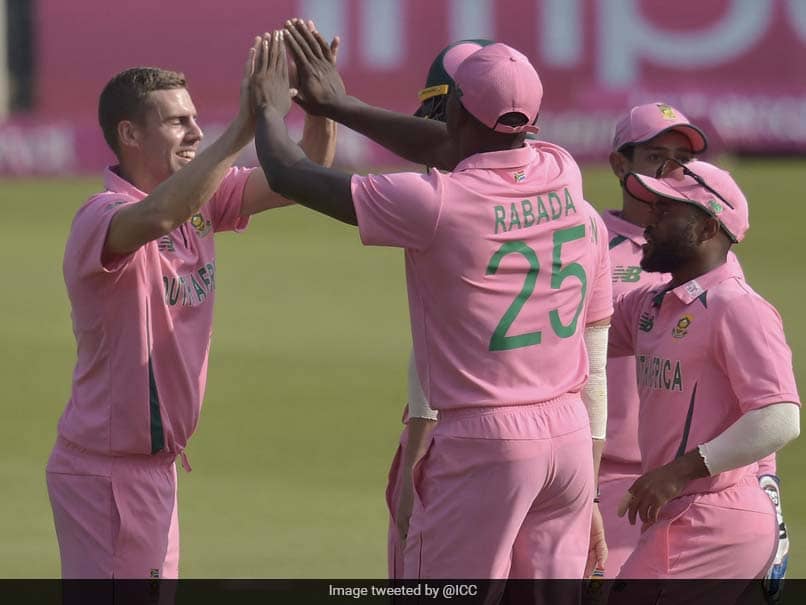 Pakistan opening batsman Fakhar Zaman's astonishing innings of 193 could not prevent South Africa winning the second one-day international by 17 runs in Johannesburg on Sunday. Pakistan seemed to have no chance when they slumped to 205 for seven in the 38th over in reply to South Africa's 341 for six at the Wanderers Stadium. But Fakhar's assault took them to 324 for nine. With only his team's bowlers to keep him company, the left-handed Fakhar, who was on 97 when Faheem Ashraf was the seventh man out, went on all-out attack. In all, he hit 18 fours and ten sixes in a 155-ball innings before being run out in the last over by a direct hit from long-off as he was trying for a second run.

With wicketkeeper Quinton De Kock seemingly gesturing for Aiden Markram to throw to the bowler's end, Fakhar slowed down and was surprised when the ball hit the stumps at the batsman's end when he was a metre or more short, ending his bold counter-attack.

"It was one of the best innings I have seen in my life," said Pakistan captain Babar Azam.

"It was an incredible innings, probably the best I have come across," said South African captain Temba Bavuma. "Everything he tried came off."

Fakhar, who made a ODI double century against Zimbabwe in 2018, was named man of the match.

"The wicket was really good, the boundaries were very short and the run rate was going up. I was just hitting the ball."

The hosts will be without five of their Indian Premier League-contracted players for the deciding match in Centurion on Wednesday.

The South African innings was in dramatic contrast to their effort in the first match at Centurion, when they lost four wickets inside the first 15 overs, with Pakistan going on to win by three wickets off the last ball.

Early moisture in the pitch again made batting tricky but South Africa put together a succession of productive partnerships.

It set a platform for Rassie van der Dussen to hit a blistering 60 off 37 balls as he and Bavuma put on 101 for the third wicket.

Given the freedom to play his shots from the start, in contrast to his century in Centurion when he had to rebuild the innings, Van der Dussen hit six fours and four sixes.

Babar, who made a century in the first match, again looked in sublime form as he cruised to 31 off 33 balls after the early loss of Imam-ul-Haq.

But he was undone by the pace of Anrich Nortje, mistiming a pull shot off Nortje's fourth ball.

Nortje followed up with two more quick wickets as Pakistan slipped to 85 for four.

Shadab Khan, Asif Ali and Faheem Ashraf offered brief support but the match looked to be well beyond Pakistan's reach when Faheem was seventh out, with 137 runs still needed.

But that was without reckoning on Fakhar.

Fakhar Zaman South Africa vs Pakistan, 2nd ODI Cricket
Get the latest updates on IPL 2021, IPL Points Table , IPL Schedule 2021 , live score . Like us on Facebook or follow us on Twitter for more sports updates. You can also download the NDTV Cricket app for Android or iOS.