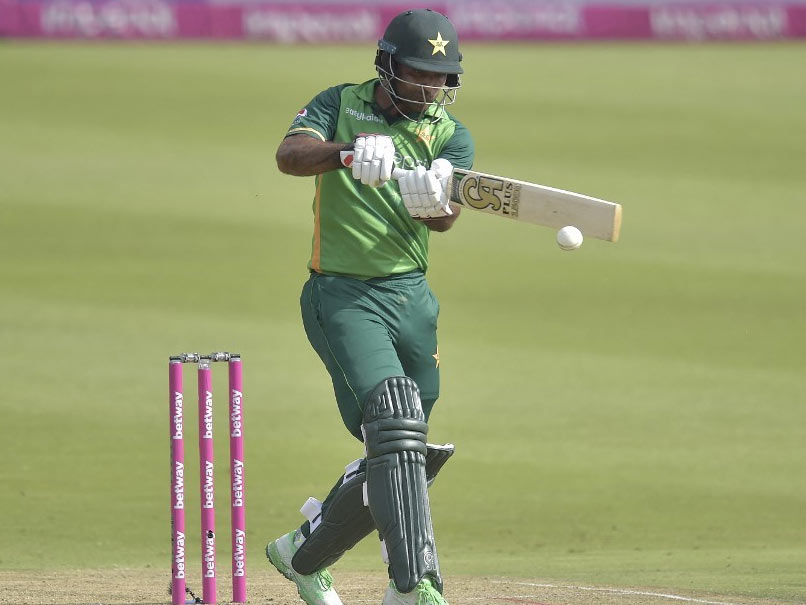 Fakhar Zaman scored 193 vs South Africa in the second ODI of the three-match series.© AFP

Fakhar Zamanregistered the highest-ever individual score in an One-Day International by a batsman while chasing a target in the 2nd ODI against South Africa on Sunday. Fakhar Zaman scored 193 runs, beating previous best of 185 by Shane Watson. Despite Fakhar's heroics Pakistan failed to chase the 342-run target set by South Africa as the visitors fell short by 17 runs. During his record-shattering knock, the Pakistan opening batsman smashed 10 sixes and 18 boundaries, including three consecutive maximums off Tabraiz Shamsi in one over.

Chasing a huge total, Pakistan kept losing wickets at regular intervals but Fakhar kept going and put the bad balls away to the boundary.

He took on the left-arm spinner Shamsi smacking him for a total of six maximums during his entertaining knock of 193 off just 155 deliveries.

Apart from Fakhar, none of the Pakistan batsman got going as the visitors faltered in the run chase.

Fakhar was run out in the last over of Pakistan's innings, missing his second double century by just seven runs.

Earlier, South Africa rode on half-centuries from their skipper Temba Bavuma, De Kock, Rassie van der Dussen and David Miller to post a huge total of 341 from their allotted 50 overs.

Haris Rauf was the pick of the bowlers for Pakistan, returning with figures of three for 54 from his 10-over spell.

For his heroics with the bat, Fakhar Zaman was adjudged player of the match.

With South Africa's win in the second ODI, the three-match series is tied at 1-1 and the decider will be played on Wednesday.

Fakhar Zaman Cricket
Get the latest updates on IPL 2021, check out the IPL 2021 Schedule and Indian Premier League Live Score . Like us on Facebook or follow us on Twitter for more sports updates. You can also download the NDTV Cricket app for Android or iOS.