IPL 2021: David Miller recently smashed an unbeaten 85 off 45 balls to help South Africa recover against Pakistan in the third T20I. 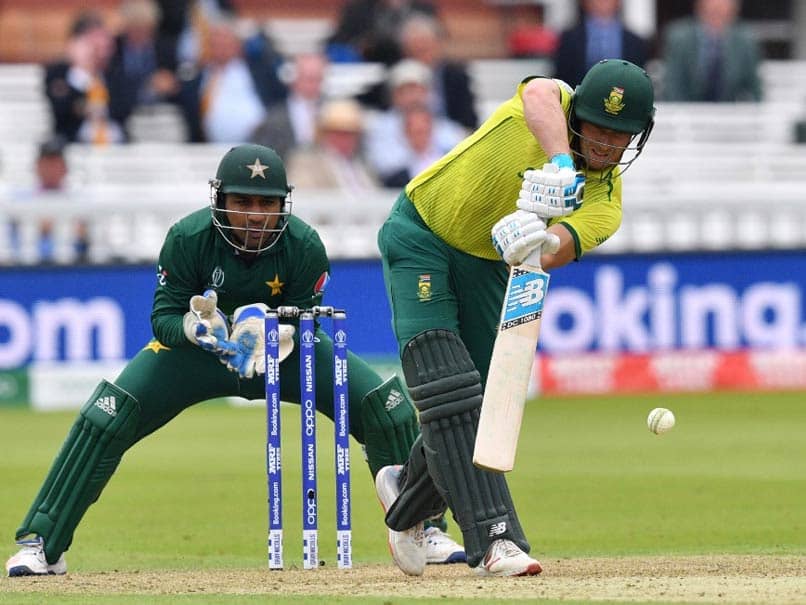 IPL 2021: Kumar Sangakkara hinted that David Miller will get his fair share of chances.© AFP

David Miller played only a game in last year's Indian Premier League (IPL), but Rajasthan Royals (RR) Director of Cricket Kumar Sangakkara knows how dangerous the swashbuckling batsman can be in the shortest format. Miller last week delivered a magnificent exhibition of hitting by plundering an unbeaten 85 off 45 balls (5 fours, 7 sixes) to help South Africa recover from 65 for seven against Pakistan in the third T20I. The South Africa batsman is famous for his power-hitting but still wasn't able to find his name in the star-studded Rajasthan Royals' playing XI in IPL 2020. Sangakkara said Miller has all the "weapons" to become one of Royals' important batsmen, hinting that the South African cricketer will get his fair share of chances in this year's IPL.

"Well, I think he is a fantastic player. The left-hander finisher. He has the ability to punish the attack. He had a very good innings in the last T20 against Pakistan where he brought South Africa out of the very difficult situation," said Sangakkara in a virtual press conference on Friday.

"So he has all the weapons to become a very important batsman for us in the middle to death period. And at the same time, he is a great guy with great character and it's wonderful to have him around in a team. So he brings a lot to us in terms of advantage," he further said.

"So when he does get a chance he will be able to do really good for RR. You can't really guarantee performances, but if you follow the process the result will follow," Sangakkara added.

Rajasthan Royals bought South African Chris Morris for Rs 16.25 crore, making the all-rounder the most expensive player at an IPL auction on Thursday.

Sangakkara though agreed that the price of Morris was on the higher side, he was happy to have the South Africa all-rounder for his ability to finish the games with the bat.

"We're also glad to get Chris Morris with us simply for what he brings to the side, both with the bat and ball. With the ball especially, his numbers across the IPLs are really good and his ability to finish games with the bat down the order is useful," said Sangakkara in a statement.

"Yes the price was on the higher side, but we're looking for a very specific role with Chris and really happy to have someone like him in our squad," he added.

India all-rounder Shivam Dube was also picked by Rajasthan Royals for Rs 4.4 crore during the auction. Sangakkara, the former Sri Lanka skipper said that the side was specifically looking for someone like Shivam for the middle-order spot.

"It was an exciting auction. From our point of view we were targeting certain players and we're happy to get our targets. We were looking at Shivam Dube for that middle-order spot in our batting line-up and finally got him," said Sangakkara.

"We're excited to have picked up some talented Indian youngsters, all of whom add different dimensions to our squad. As a team, we're delighted with the targets we were able to get and looking forward to working with the squad during the IPL now," he added.