IPL 2021: Rajasthan Royals Director of Cricket Kumar Sangakkara said that while he is aware the price Chris Morris went for at the auction was on the higher side, RR are looking at a very specific role for the all-rounder. 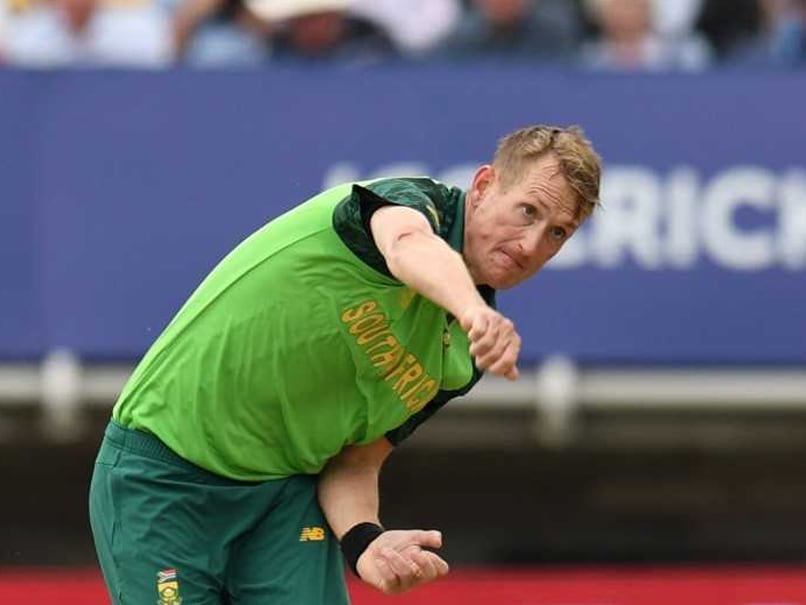 Rajasthan Royals' Director of Cricket, Kumar Sangakkara agreed that the price of Chris Morris was on the higher side in the Indian Premier League (IPL) 2021 auction, he was happy to have the South Africa all-rounder for his ability to finish the games with the bat. Morris on Thursday became the most expensive player at an IPL auction after he was bought by Rajasthan Royals for Rs 16.25 crore. Morris entered with a base price of Rs 75 lakh. Mumbai Indians and Royal Challengers Bangalore (RCB) both showed interest before Rajasthan Royals made a belated entry after RCB pulled out at Rs 10 crore.

Bidding continued between Mumbai Indians and Rajasthan Royals and the South African all-rounder was finally sold to the Royals. The fee smashed the record Rs 16 crore paid for Yuvraj Singh by Delhi Daredevils in 2015.

"We're also glad to get Chris Morris with us simply for what he brings to the side, both with the bat and ball. With the ball especially, his numbers across the IPLs are really good and his ability to finish games with the bat down the order is useful," said Sangakkara.

"Yes the price was on the higher side, but we're looking for a very specific role with Chris and really happy to have someone like him in our squad," he added.

India all-rounder Shivam Dube was also picked by Rajasthan Royals for Rs 4.4 crore during the auction.

Sangakkara, the former Sri Lanka skipper, said that the side was specifically looking for someone like Shivam for the middle-order spot.

"It was an exciting auction. From our point of view we were targeting certain players and we're happy to get our targets. We were looking at Shivam Dube for that middle-order spot in our batting line-up and finally got him," said Sangakkara.

"We're excited to have picked up some talented Indian youngsters, all of whom add different dimensions to our squad.

"As a team, we're delighted with the targets we were able to get and looking forward to working with the squad during the IPL now," he added.

The Royals also added Bangladesh left-armer Mustafizur Rahman to their fast-bowling arsenal for the season at his base price of Rs. 1 crore. Mustafizur brings in big international and IPL championship experience with him to the Royals squad.

Manoj Badale, lead owner, Rajasthan Royals also spoke on the auction acquisitions: "You can only really judge the auction after the tournament's played out but we're really pleased with the proceedings, in terms of the plans we had and the players that we targeted, we're quite pleased with how it unfolded for us."

"It was strange to not be there at the auction, it's the first auction that I've missed since the inception of the IPL in 2008 really.

"But it was quite interesting joining from afar and getting a different perspective on the proceedings in Chennai," he further said.

"There's going to be a lot of talk about the money we had to spend to get Chris Morris but as I've said on countless occasions, the auctions are a representation of a player's value with regards to certain franchises for a particular role.

"As was evident by MI, RCB, Punjab Kings all going after Chris, he is a special player with special abilities, especially with his death bowling. What's really nice is that he's been a part of the Royals previously and we're very excited to have him back," Badale added.

Another left-armer added to the pace brigade is Chetan Sakariya. The Saurashtra pacer has already made a name for himself on the domestic circuit and the Royals were quick to swoop in and get him for Rs 1.20 crore ahead of Royal Challengers Bangalore.

Kumar Sangakkara IPL 2021 Cricket
Get the latest updates on ICC Women's Cricket World Cup 2022 and IPL 2022, check out the Schedule , Live Score and IPL Points Table. Like us on Facebook or follow us on Twitter for more sports updates. You can also download the NDTV Cricket app for Android or iOS.