IPL 2021: Communication On The Field With KL Rahul Becomes Easier Due To Our Friendship, Says Mayank Agarwal

IPL 2021: Mayank Agarwal revealed that he and Punjab Kings captain KL Rahul gel really well, and share a good understanding on the field. 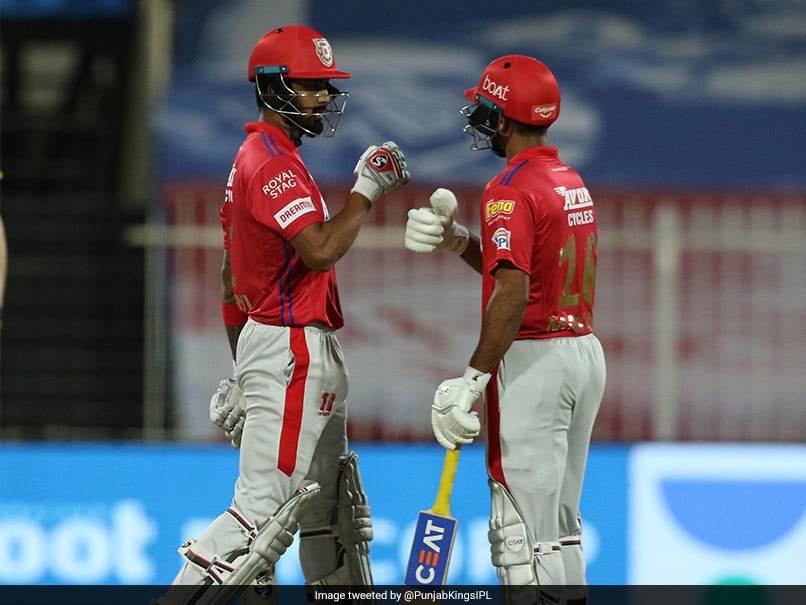 Picked before the 2018 edition of the Indian Premier League, Mayank Agarwal has in the last couple of years become the nucleus around which the Punjab Kings -- formerly known as Kings XI Punjab -- batting revolves. The 2020 edition in UAE saw Mayank at his best as he finished the season with 424 runs from 11 matches, including a century against Rajasthan Royals in Sharjah. Having formed a brilliant partnership with skipper KL Rahul at the top of the innings, the opener is looking to repeat the same in the 2021 edition which kickstarts on April 9.

In an interaction with ANI, Mayank opened up about his bond with Punjab Kings, his relationship with skipper KL Rahul and how he sees the new additions in the team for this year's IPL. The batter also spoke about Chris Gayle and how challenging it is to keep oneself fresh in a bio-bubble.

"Playing for Punjab Kings is really nice. They have a very good environment and they make you feel at home whenever you come and play for them. Each player is assigned a certain role, we try to stick to that. And then, depends on the day who is batting well, whoever is striking the ball well, decides to take the team through to a good score or to chase down a target," said Mayank.

"But I would not say that the team revolves around one or two batters. I think it's a collective effort and we try to look at it this way. Well, KL Rahul is terrific and it is amazing to be playing with him. This is the fourth year that we would be playing for Punjab and it is really nice. We understand each other's game, we gel really well. That communication on the field becomes a lot easier because of the friendship we have," he added.

Mayank and Chris Gayle first shared the dressing room for Royal Challengers Bangalore (RCB) and now the duo is teammates at Punjab Kings. Mayank discussed how Gayle is an important cog in this Punjab franchise and how the relationship with the Universe Boss has evolved over the years.

"Well, I think whichever team Chris Gayle plays for, he adds a lot of value, and the same goes for us. He is an important player for every team he plays for. That's one part of it, Chris is a very nice guy and he has a lot of fun. We have been playing with each other since RCB 2011, we know each other well, the relationship is very strong and funny with him. He is a person who loves to have a laugh, we make sure we train hard and during off-times, we make sure to have fun," said the 30-year-old.

"The most important thing for us will be to do well collectively, not just as a batting unit or a bowling unit. If we can bat and bowl well consistently together, I think that's when you win more games," he added.

During the last edition of IPL, Punjab was down and out at one stage, but the KL Rahul-led side made a remarkable comeback to spring together a cluster of wins and the side only missed out on the playoffs narrowly after losing their final group-stage encounter.

"This team has whatever it takes to turn things around, but with that said, keeping the momentum and playing good cricket would be very important. We have seen that over a few years, our strength lies once we win a few games, we make it a cluster of a lot of wins together. It is fantastic to play under Anil Kumble (Director of Cricket Operations) and Wasim Jaffer (batting coach) with the wealth of knowledge they have.

"Anybody who needs any kind of help in terms of trying to understand the situation better or something regarding their personal games, they are always there to help. They are always there to guide you, same with others as well. Having Jonty Rhodes (fielding coach), Andy Flower (assistant coach) is amazing as well," he added.

Talking about the new additions like Dawid Malan, Moises Henqirues, Riley Meredith, and Jhye Richardson to the squad this year, Mayank said: "Really excited to play with them. I have played with Moises before, he is a lovely guy. With Jhye Richardson and Meredith coming in, we are going to have a lot more pace with us. Dawid Malan is the number one T20 batsman in the world, really excited to play alongside them."

Mayank entered a bio-bubble in late August last year for IPL 2020. After that, he toured Australia, and then he came back home for series against England. Talking about the challenges of living in bubbles, Mayank said: "I think creating a routine is the biggest challenge in the bubble, you do not have much space to do whatever you want to do. I think if you can create a routine for yourself and that is what I have done over the last few months, it has really helped me. You have a lot of time to yourself, you can do whatever you like. I love reading and playing a few games. I do that a bit."

The league will start behind closed doors as a precautionary measure against the coronavirus. Commenting on the absence of fans, Mayank said: "Definitely, playing in a full stadium is an amazing feeling and it is terrific with all the noise and energy. It brings the best out of you, but with that being said, with the current situation, it's best if we play behind closed doors."

KL Rahul Mayank Agarwal IPL 2021 Cricket
Get the latest updates on India vs Australia and check out  Schedule, Results and Live Score. Like us on Facebook or follow us on Twitter for more sports updates. You can also download the NDTV Cricket app for Android or iOS.