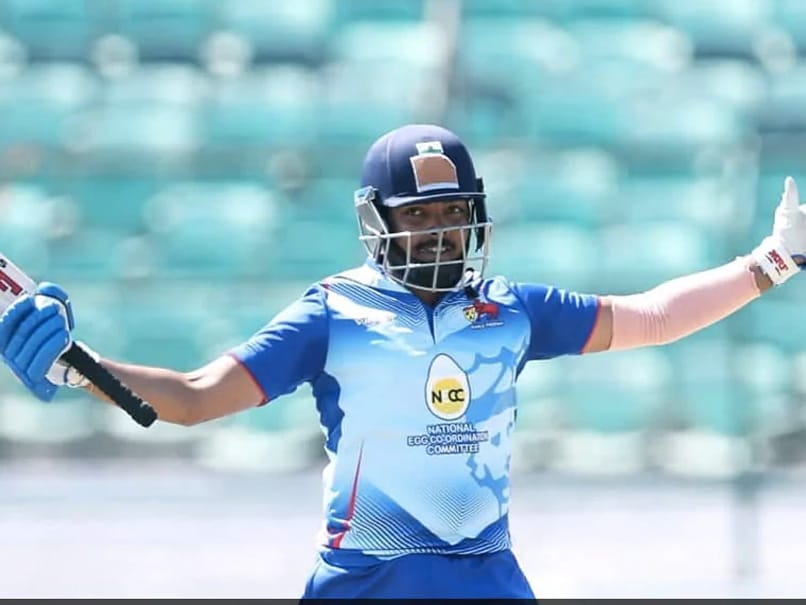 Mumbai skipper Prithvi Shaw on Thursday broke Mayank Agarwal's record of scoring most runs in a single Vijay Hazare Trophy edition. In the ongoing edition, Shaw has managed to score 754 runs from seven matches and as a result, he has broken Agarwal's record who had registered 723 runs in the 2017-18 edition. Karnataka's Devdutt Padikkal is also in the running to break Agarwal's record as he has registered 673 runs in this year's competition. Shaw on Thursday registered his fourth century in the ongoing edition of the Vijay Hazare Trophy and became the leading run-scorer in the ongoing tournament. Shaw scored a century while playing for Mumbai in the second semi-final against Karnataka at the Palam A Stadium.

Shaw has led Mumbai in three games in the tournament and in these three games, Shaw returned with one double-century and two tons.

Earlier this week, Shaw broke Mahendra Singh Dhoni and Virat Kohli's record of the highest individual score by an Indian batsman in a List A chase. Prithvi achieved the feat when he hammered an unbeaten 185 off 123 balls against Saurashtra on Tuesday.

While Dhoni had smashed a whirlwind unbeaten 183 against Sri Lanka in Jaipur in 2005, Kohli had hit 183 to steer India to a six-wicket win over Pakistan in the Asia Cup clash in Dhaka in 2012.

Prithvi surpassed both Dhoni and Kohli's score while guiding Mumbai into the semi-finals.

Comments
Topics mentioned in this article
Prithvi Shaw Mayank Agarwal Devdutt Padikkal Cricket
Get the latest updates on India vs Australia and check out  Schedule, Results and Live Score. Like us on Facebook or follow us on Twitter for more sports updates. You can also download the NDTV Cricket app for Android or iOS.